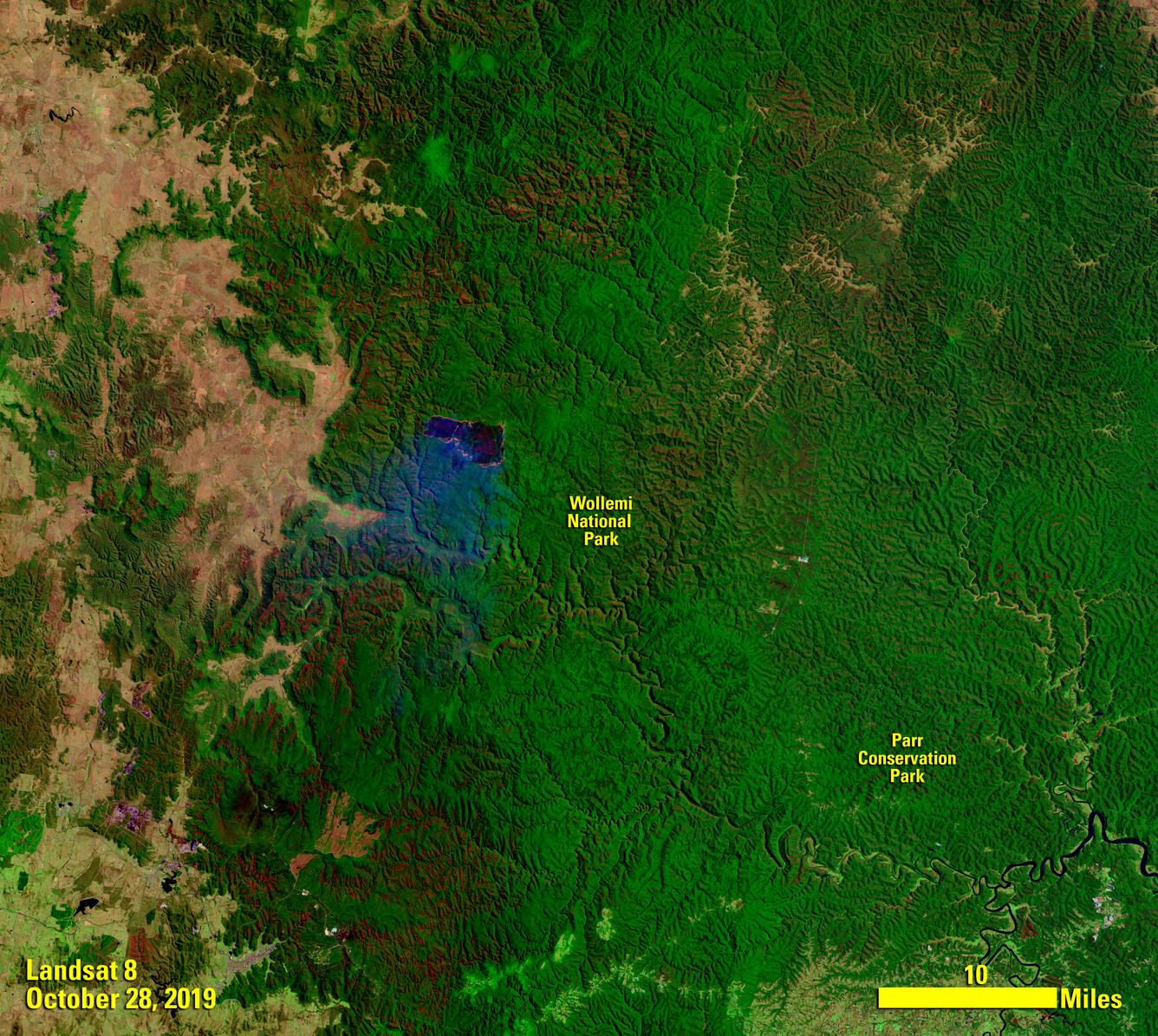 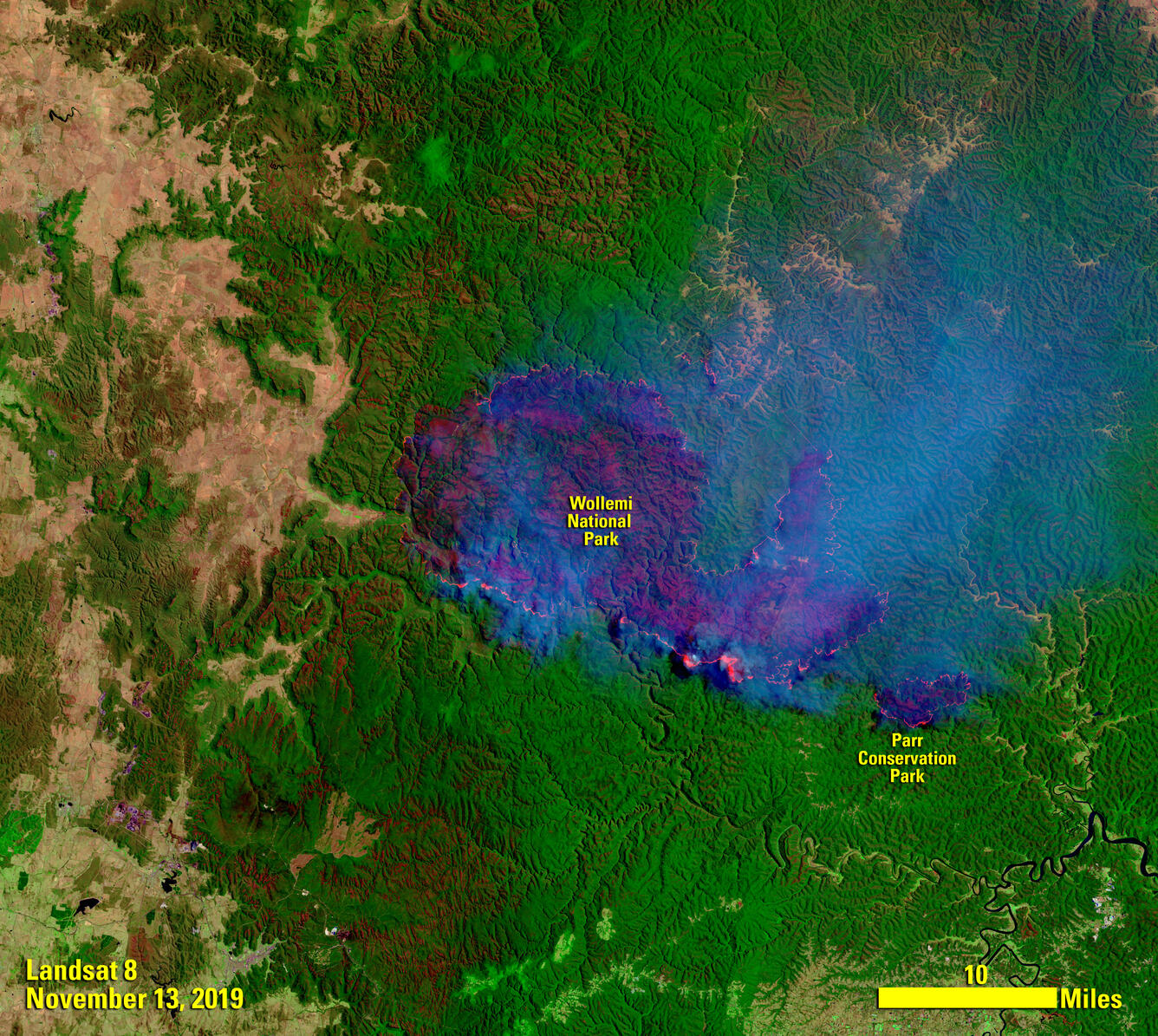 Bushfires have torn through vast swaths of New South Wales (NSW) and Queensland in eastern Australia in recent weeks, setting firefighting teams in motion and sparking an activation of the International Charter Space and Major Disasters.

Remotely-sensed imagery from charter members and other public and private agencies is available through the USGS Hazards Data Distribution System (HDDS), operated by the Earth Resources Observation and Science (EROS) Center.

Recent acquisitions from Landsat 8 highlight the growth of the uncontrolled fires burning less than 100 miles from Sydney, NSW, Australia’s most populous city and NSW’s capital.

These false color images use the satellite’s near infrared and shortwave infrared bands, which capture light reflected outside the range visible to the human eye.

On October 28, 2019, the bushfire covered a relatively small area on the western side of Wollemi National Park. By November 13, fire had spread across more than 177,000 acres. The heat signature from the wildfire is shown in bright orange along the perimeters of two fires, the second near Parr Conservation Park.

These images come from just one of the four new Landsat acquisitions over NSW from November 13 that were ingested into HDDS this week. The fire represents just one of more than 100 fires burning across Eastern Australia, with more than 2.4 million acres (3,800 square miles) burned in NSW alone. As of November 14, four people had died and more than 300 homes had been destroyed. Fire officials warned that persistent dry conditions were likely to contribute to continued danger in the weeks to come.

USGS HDDS will continue to collect and distribute imagery as firefighters respond to blazes across New South Wales and Queensland, and the data will be archived for future study alongside imagery from other 2019 disaster events and other events reaching back to 2005.

To learn more about HDDS, visit our Emergency Operations Portal. Follow @USGS_HDDS on Twitter to watch for the latest data ingests from the Australian bushfires, as well as dozens of other incidents around the world.