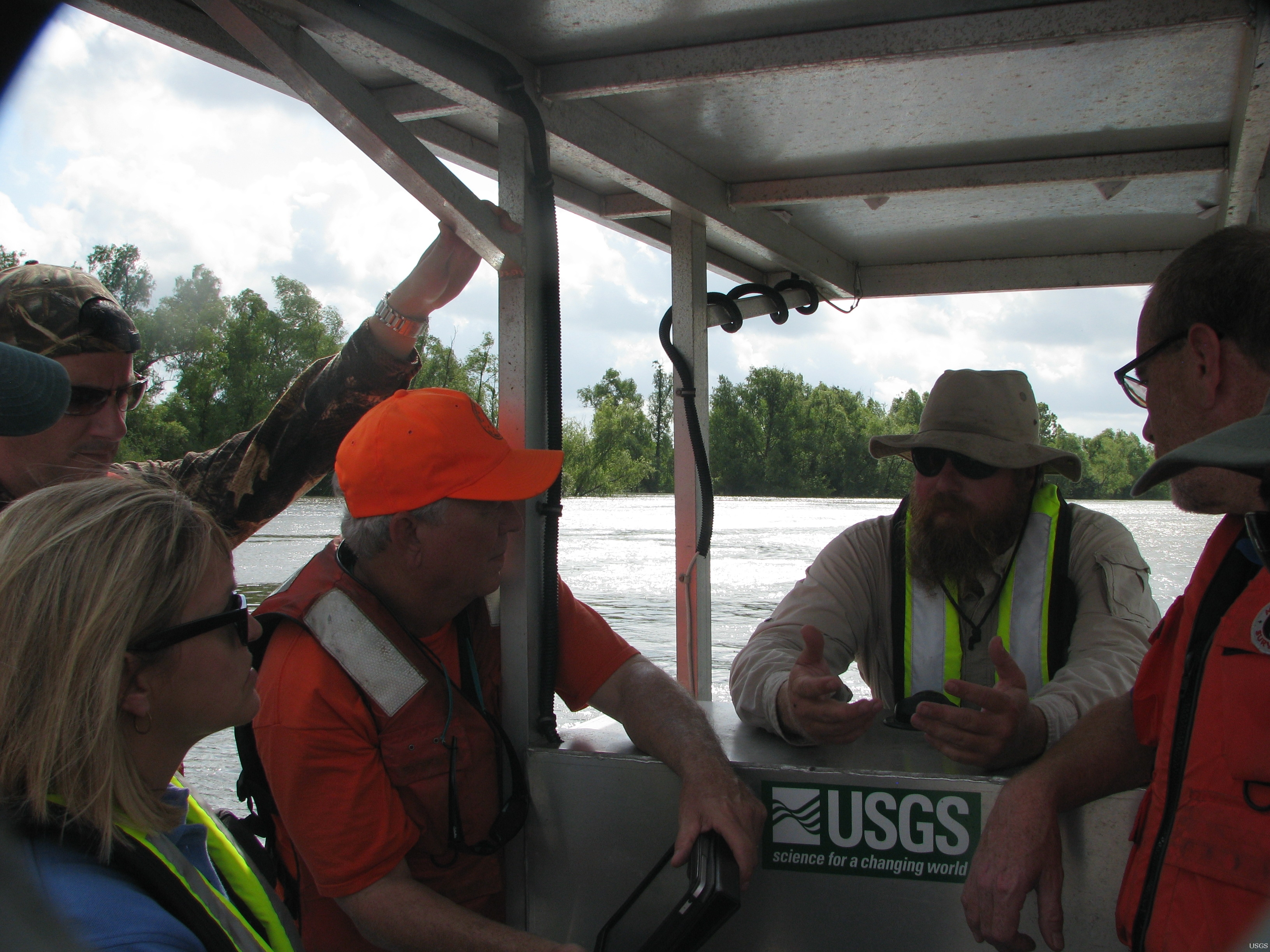 USGS Hydrologist Dan Kroes explains how USGS partners with other DOI bureaus and Louisiana state agencies to coordinate collecting samples throughout the Atchafalaya Basin. The Atchafalaya is so vast that in times of crisis, such as the 2011 record flood, multiple agencies  are required to ensure complete coverage of the Basin. Kroes helped to organize the sampling efforts for the 2011 flood, even enlisting universities such as LSU, Tulane University, and Virginia Tech.

Location: Bayou Pigeon on the East Side of the Atchafalaya Basin, Louisiana