A photo of Dalles Dam 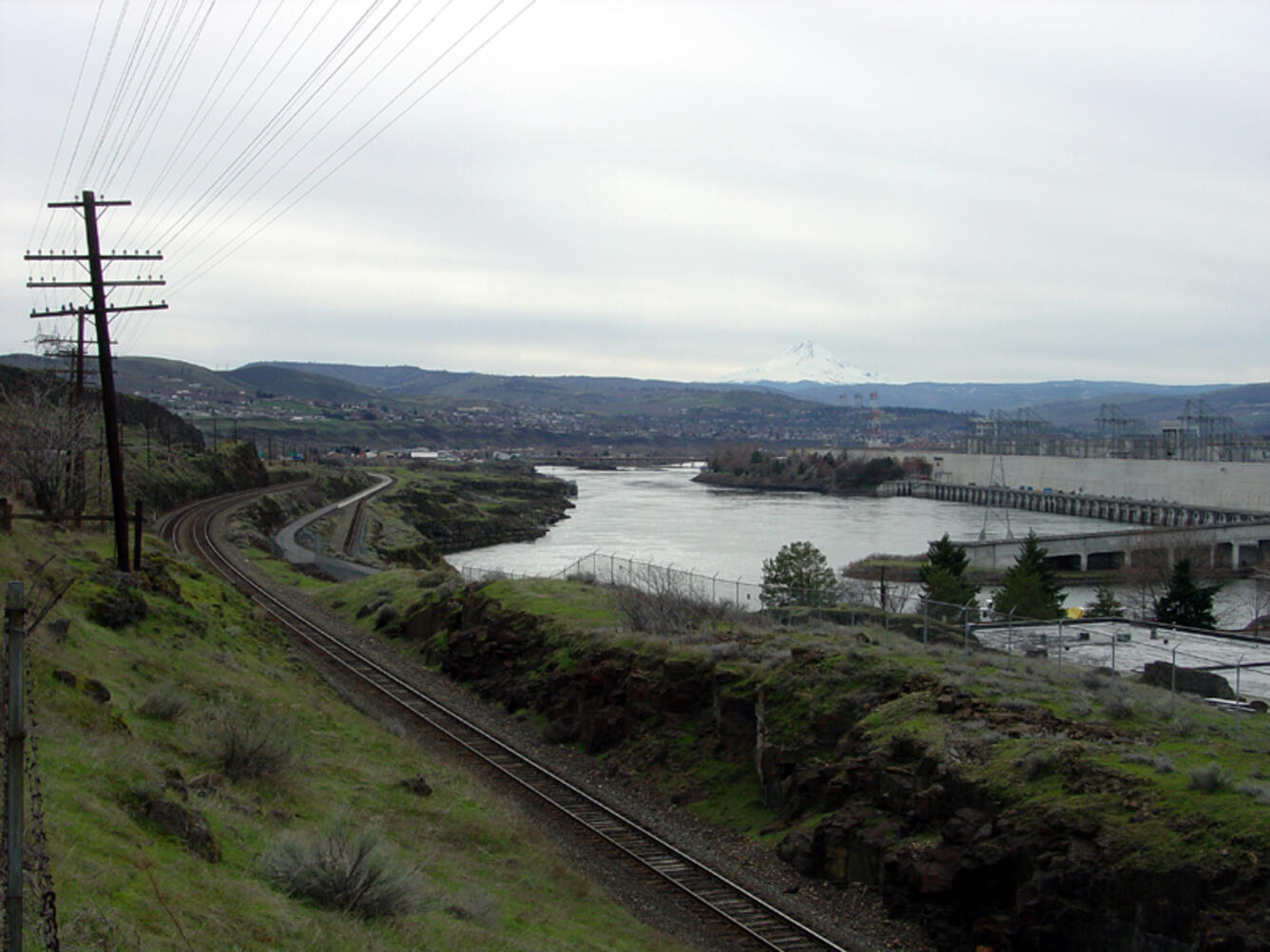 The Dalles Dam on the Columbia River near the west end of the Gorge. The dam's reservoir has inundated both the historic "Great Falls" and rapids of "Long and Short Narrows" encountered by the Lewis and Clark Expedition. The name "Dalles" referred to the rocks exposed in the rapids at the Dalles in the Columbia River during low-water stages. "Dalles" is French for slabs or flagstones (Meinig, 1968; Moulton, 2005).

A photo of Dalles Dam