A photo of Mount Hood 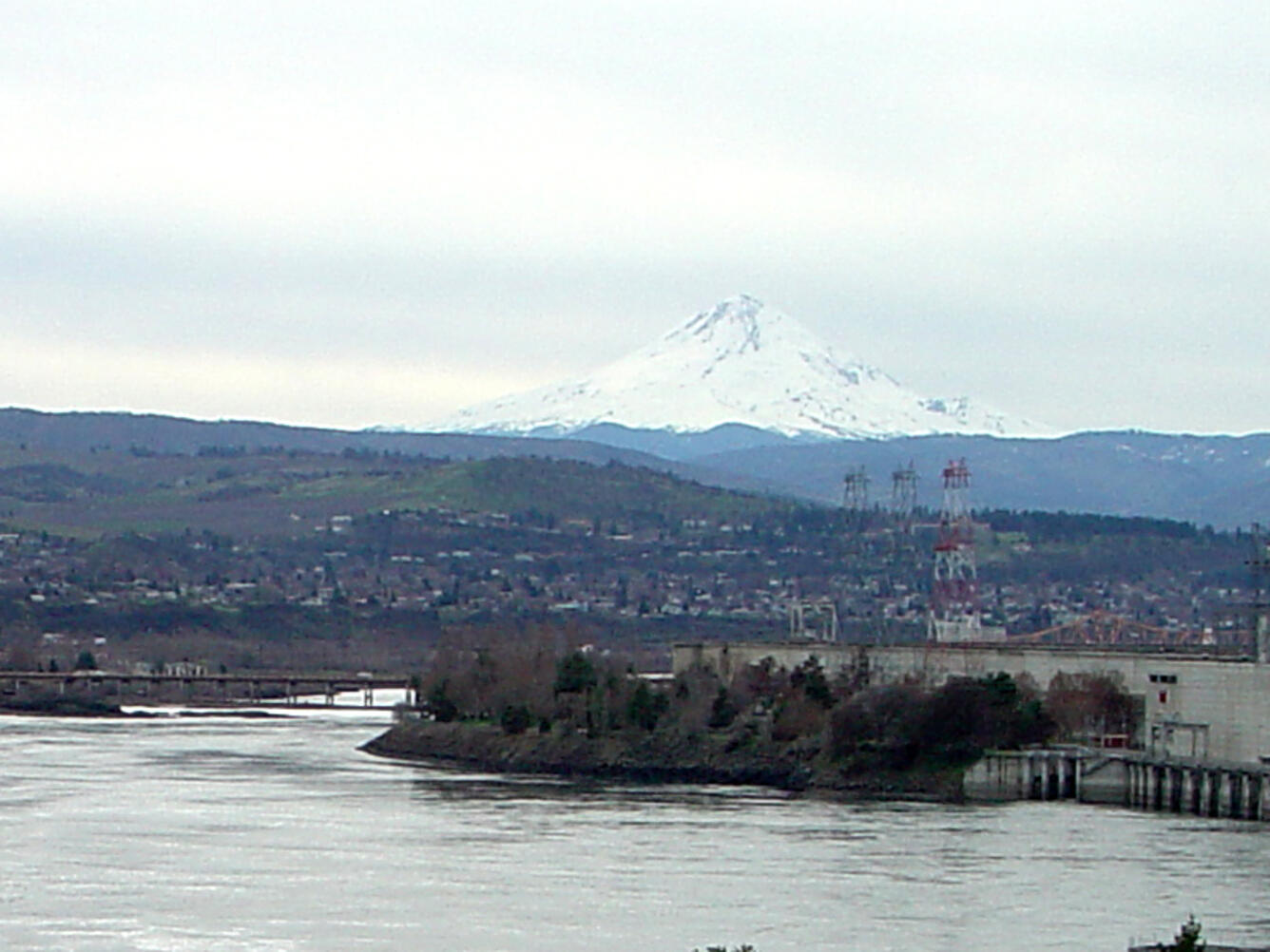 Mount Hood rises in the horizon beyond the city of The Dalles along the Columbia River. Mount Hood was named after Viscount Hood, Admiral of the British Fleet at the time of British exploration in the Pacific Northwest region during the late 18th century. The summit of Mount Hood is 11,239 feet (3,426 meters) (USFS, 2009). Mount Hood is the highest peak in Oregon. The stratovolcano is composed of lava flows, domes, and volcaniclastic deposits of dominantly andesitic composition. The most recent period of eruptive history took place between A.D. 1760 to 1810 (Sherrod, 1990).

A photo of Mount Hood