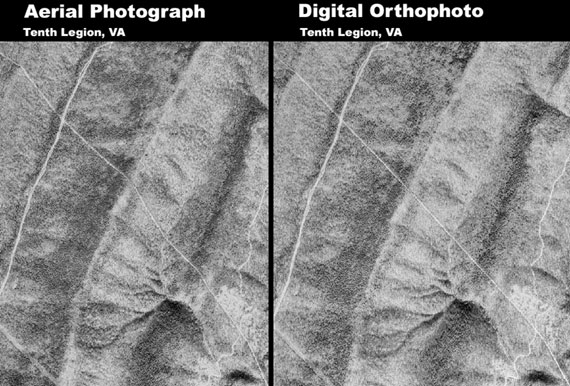 Comparison of an aerial photograph and an orthophoto (orthoimage) from the Tenth Legion quadrangle in Virginia near the town of Arkton. The aerial photo shows a straight pipeline that is distorted by displacements caused by camera tilting and terrain relief (topography). The orthophoto removes the effects of tilt and relief and shows the true, straight path of the pipeline. Unlike the aerial photo, the orthoimage is a photographic map with a uniform scale. The orthoimage can be laid directly over other maps (and vice versa).