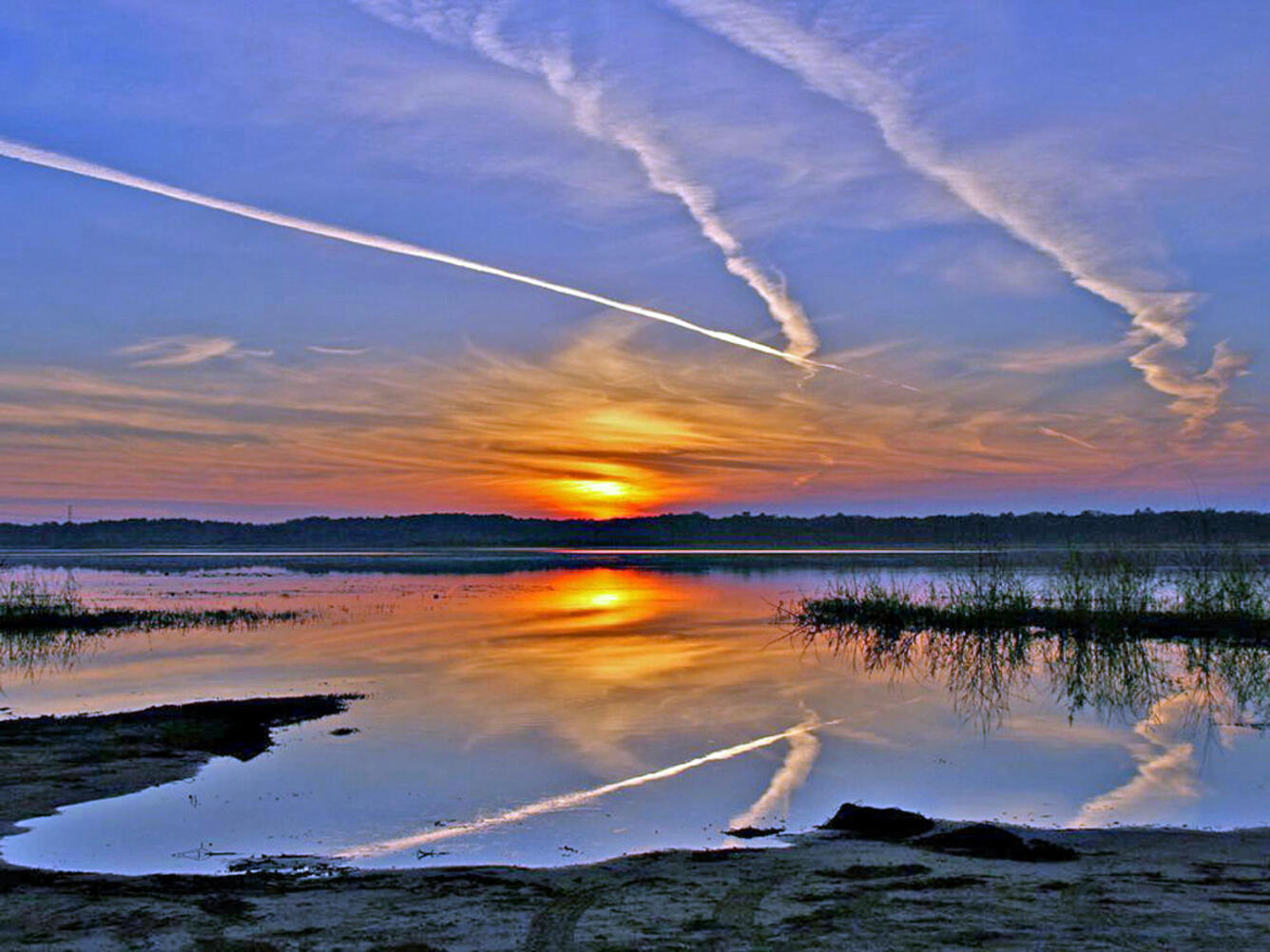 Condensation: "Contrails" made by a high-flying airplanes, over Lake Jackson, Florida, USA

You've seen the cloud-like trails that high-flying airplanes leave behind and you probably know they are called contrails. Maybe you didn't know they were called that because they are actually condensation trails and, in fact, are not much different than natural clouds. If the exhaust from the airplane contains water vapor, and if the air is very cold (which it is at high altitudes), then the water vapor in the exhaust will condense out into what is essentially a cirrus cloud. As this picture shows, contrails start out as thin ribbons but with upper-atmosphere winds, they can dissipate and essentially form much larger sets of cirrus clouds