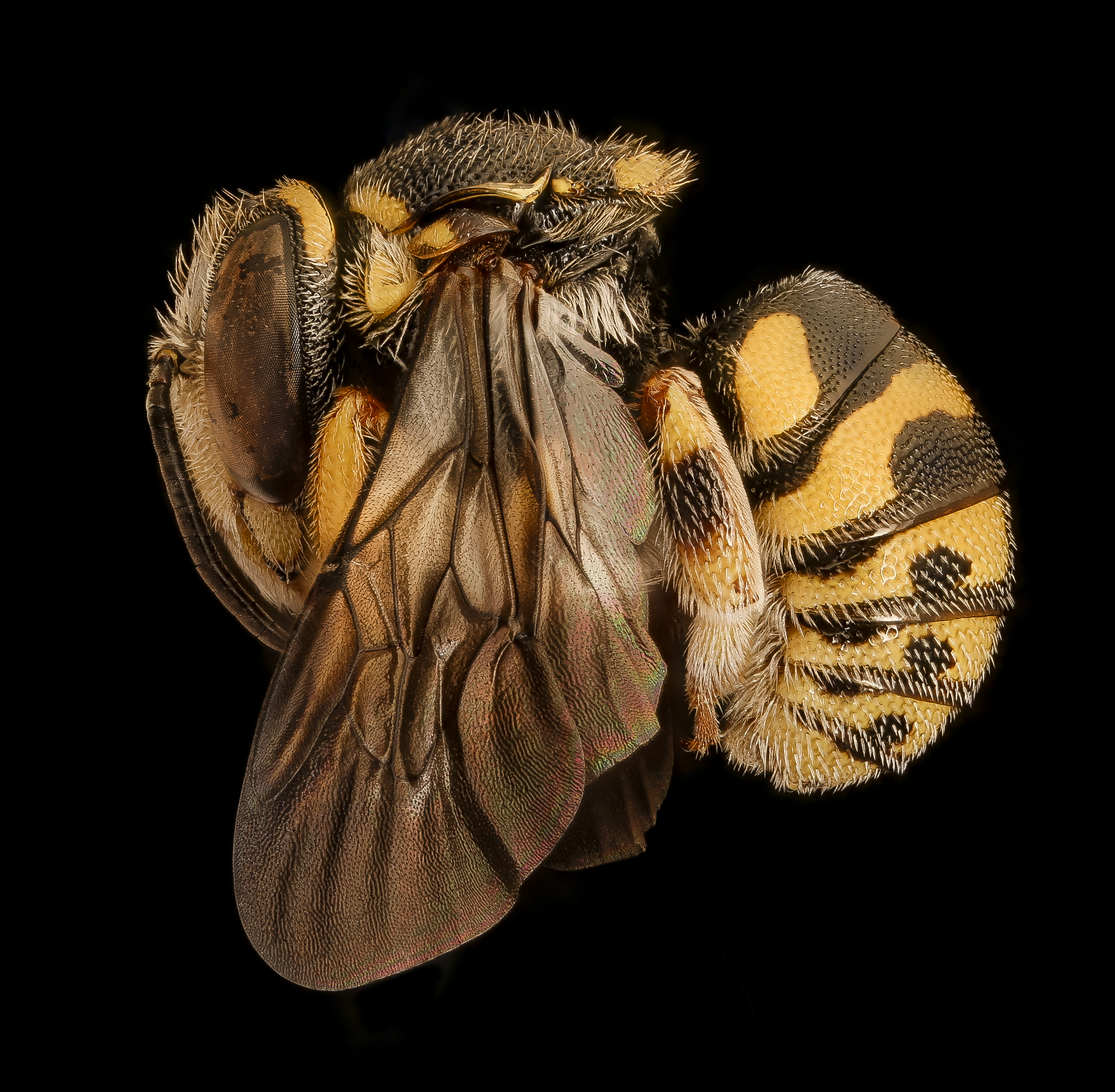 Can't really get tired of Anthidiellums. Here is Anthidiellum notatum...it is found throughout the United States and leaks into both Canada and Mexico. As is often the case for something that occurs across an entire continent, there are color variants, differences in various dimensionalities of veins, pitting, legs, and other structures. So, likely there is more than one species lurking in that muddle, waiting, waiting for the birth of a gallant young well-funded taxonomist savior to emerge from the ooze and slime that has crept into our museums and collections as their aging staff gradually self-compost and are replaced by a new dinosaur exhibit, because we, the users of museum collections, forgot to let anyone know that such things matter. No bitterness. No bitterness. From Yolo County California and the research of Claire Kremen's group. Photography Information: Canon Mark II 5D, Zerene Stacker, Stackshot Sled, 65mm Canon MP-E 1-5X macro lens, Twin Macro Flash in Styrofoam Cooler, F5.0, ISO 100, Shutter Speed 200, USGSBIML Photoshopping Technique: Note that we now have added using the burn tool at 50% opacity set to shadows to clean up the halos that bleed into the black background from "hot" color sections of the picture.