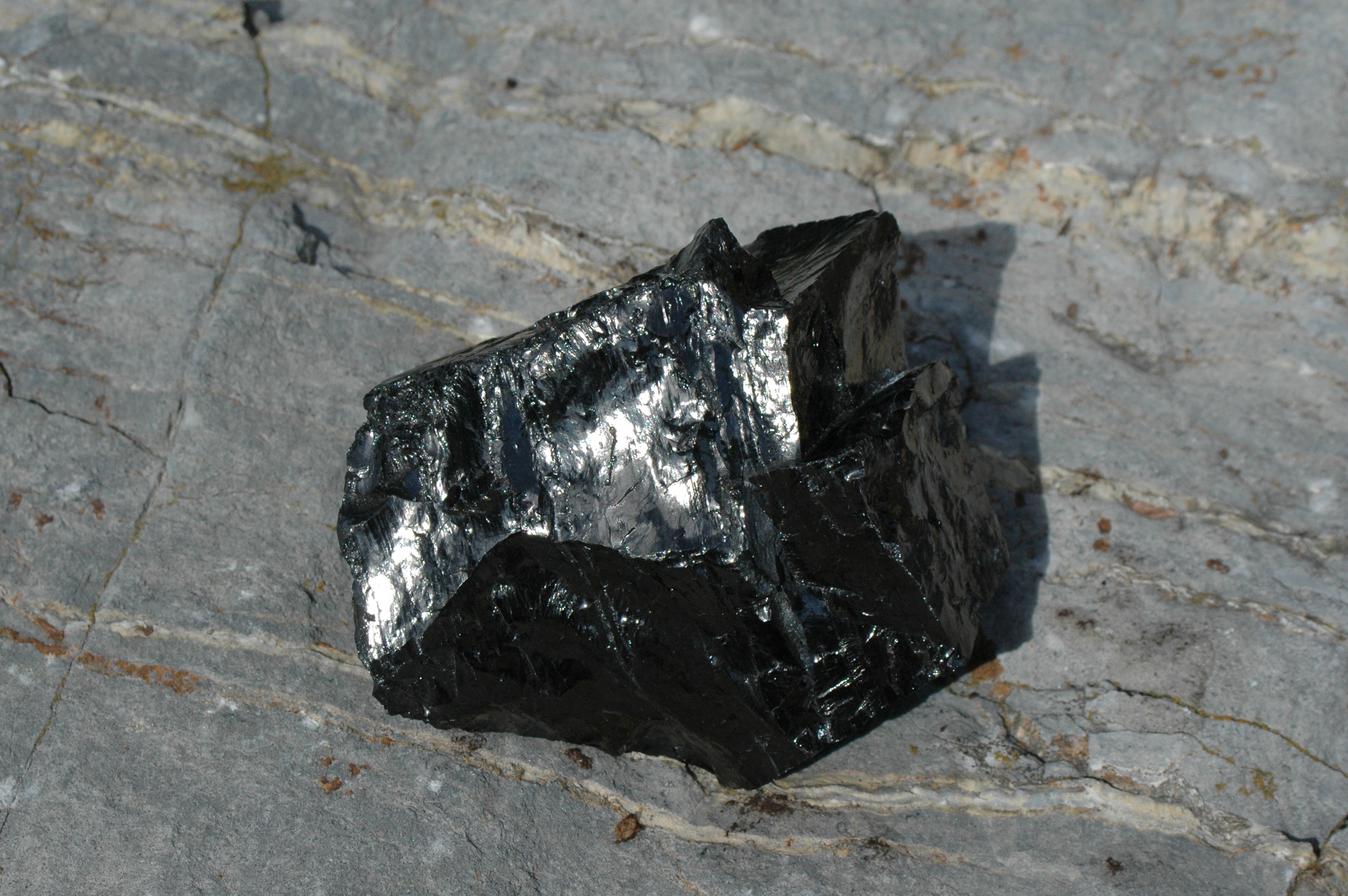 This is anthracite, the highest rank of coal. It is a hard, brittle, and black lustrous coal, often referred to as hard coal, containing a high percentage of fixed carbon and a low percentage of volatile matter. Anthracite is not as commonly mined as other ranks of coal. It played a significant role in Pennsylvania coal during the Industrial Revolution in the United States. Learn more about our coal research here: https://www.usgs.gov/centers/cersc/science/us-coal-resources-and-reserves-assessment