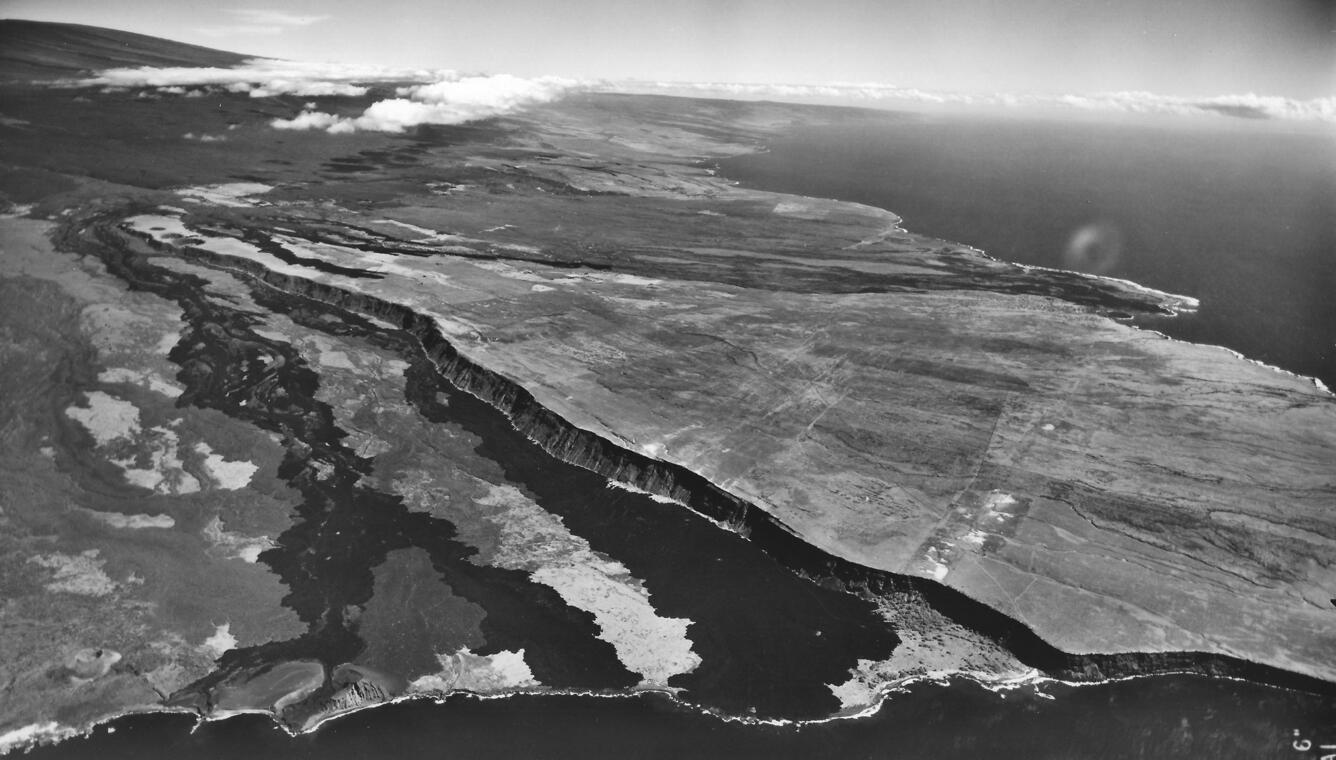 Most of the lava flow (dark black) produced by the April 1868 Mauna Loa eruption can be seen in this aerial photo on the west (left) side of the prominent fault scarp, known informally as the Kahuku pali (formal names are Pali o Mamalu for the upper half and Pali‘okūlani for the lower half of the scarp). The large littoral cone that formed during the eruption, now named Pu‘uhou, is visible on the lower left coastline. Kalae (South Point) is not visible, but is to the right of the photo. The summit areas of Mauna Loa and Kīlauea volcanoes can be seen in the distance. Aerial photo: U.S. Geological Survey, 1954.