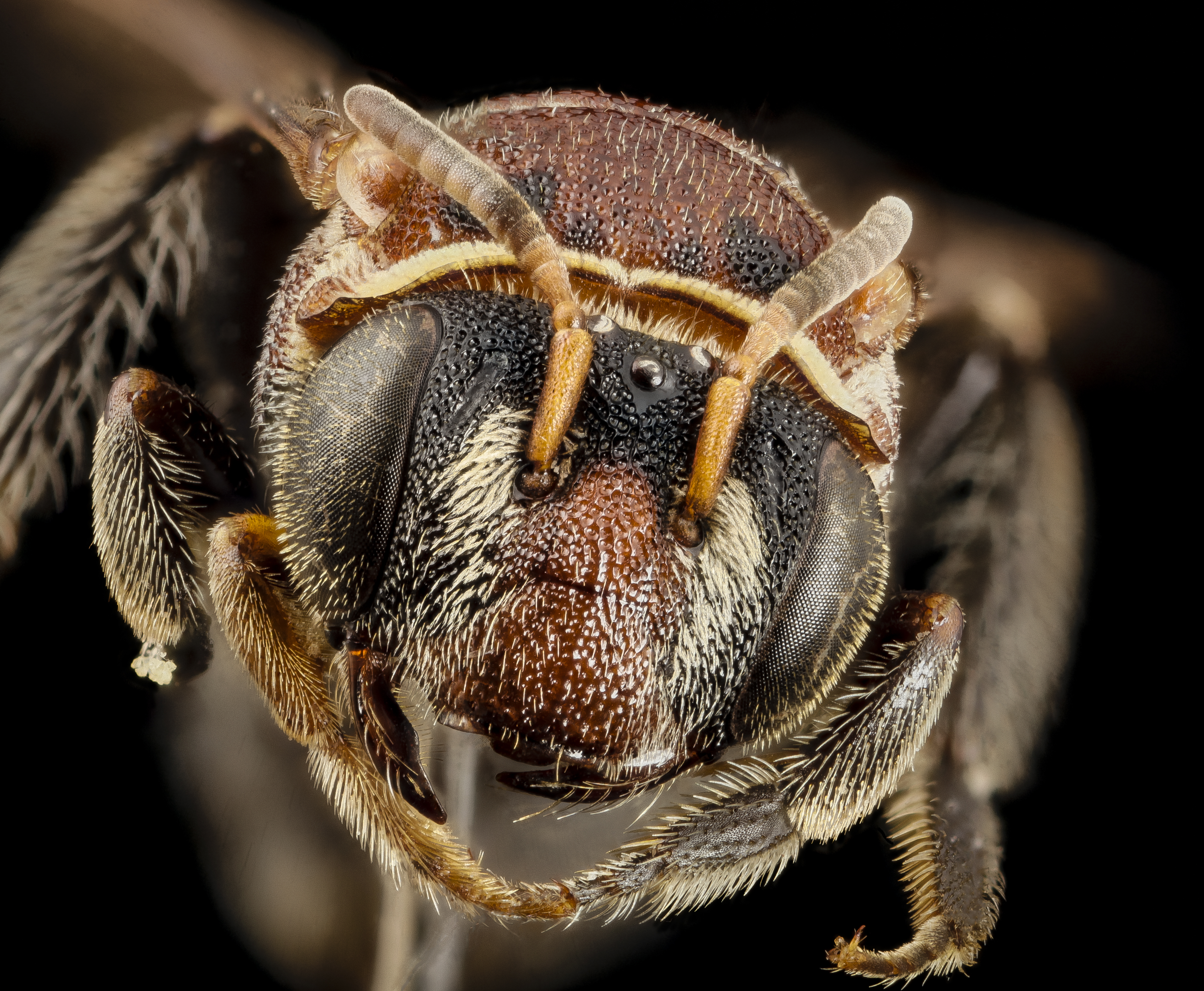 Parapsaenythia, Red Hairyeye Andrenid, collected in Argentina by Natalia VeigaBees rarely have hair coming out from between the facets of their eyes. The Honey Bee is the obvious one, with its long hairs used for navigation. Most members of the common cuckoo bee genus Coelioxys also have hairy eyes, but those hairs are generally short and, nothing is known of their purpose. In the bee family Andrenidae, only Hairyeye Andrenids have hairs coming out of their eyes. These hairy eyes provide a way for taxonomists to separate the group from other genera, but again, we have no idea why this unusual feature is present. This trim little group of 7 South American species is armored with numerous small pit-like craters that cover its surface. Photography Information: Canon Mark II 5D, Zerene Stacker, Stackshot Sled, 65mm Canon MP-E 1-5X macro lens, Twin Macro Flash in Styrofoam Cooler, F5.0, ISO 100, Shutter Speed 200. USGSBIML Photoshopping Technique: Note that we now have added using the burn tool at 50% opacity set to shadows to clean up the halos that bleed into the black background from "hot" color sections of the picture.