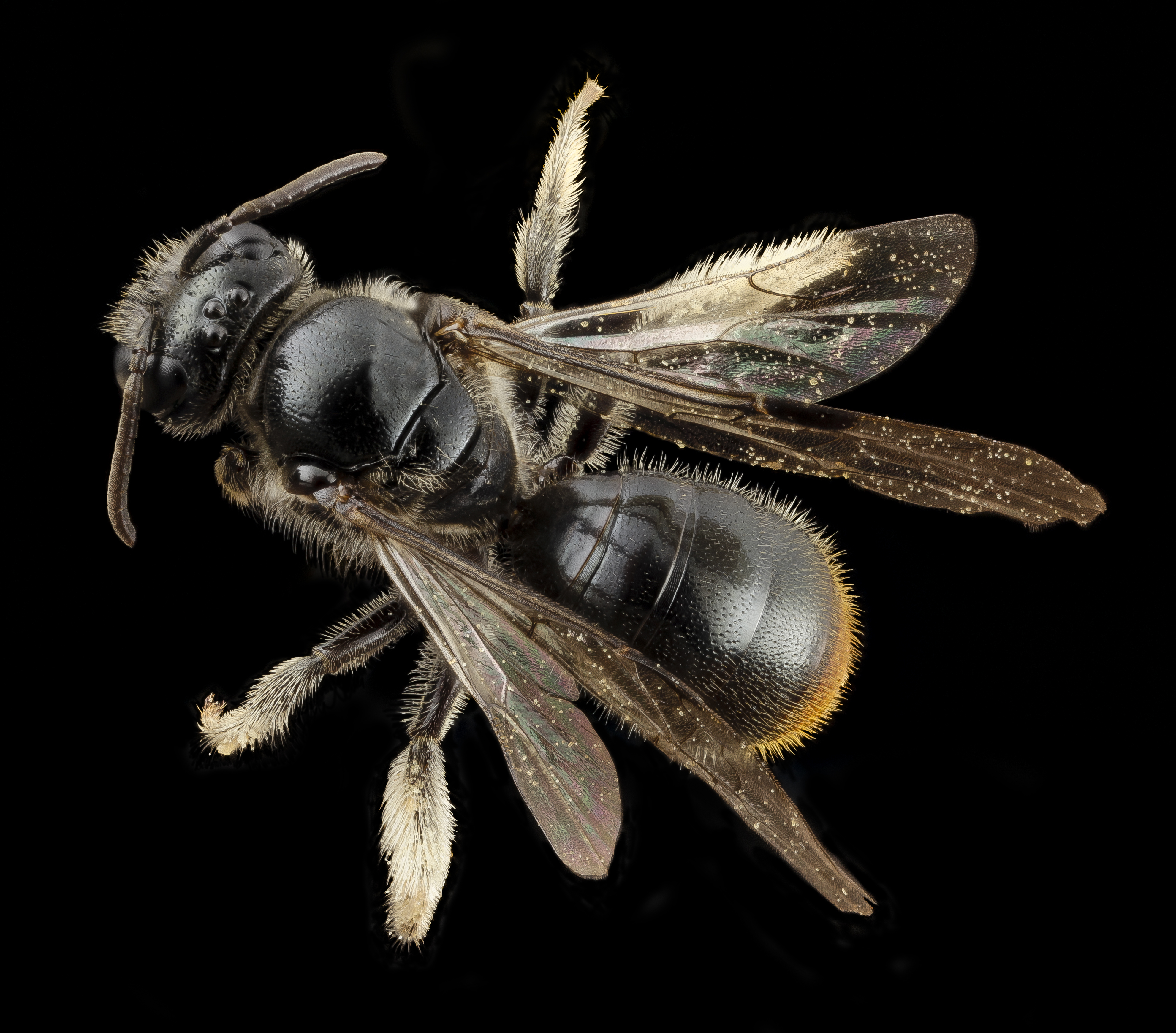 Manuelia postica, Red-tipped Twignester, collected in Chile Red-tipped Twignesters live and nest, as the name implies, in the pith or hollow centers of dead plant stems. A set of nest cells are made sequentially along the length of the stem from back to front. One home security problem that these and other similar bees have is that while the female is out foraging for pollen and nectar another bee or nest parasite of some kind can invade and usurp the nest, steal the pollen, or lay their eggs in the nest. To decrease the possibility of this happening the female, when present in the nest, guards the entrance and when any possible invader arrives she presents her sting end at the opening. To presumably increase the chances that a nest will be successful sometimes two females will occupy the same nest, allowing one to act as guard while the other forages. Experiments have shown that these bees can recognize their nestmates. The chemical signature embedded in their cuticles houses the signal for that recognition.The Red-tipped Twignester is one of only three species in the genus, all restricted to southern South America. They are easy to differentiate by color alone "“ one is blue, one is smaller and all black, and this one "“ you can tell what color it is from the picture. Photography Information: Canon Mark II 5D, Zerene Stacker, Stackshot Sled, 65mm Canon MP-E 1-5X macro lens, Twin Macro Flash in Styrofoam Cooler, F5.0, ISO 100, Shutter Speed 200. USGSBIML Photoshopping Technique: Note that we now have added using the burn tool at 50% opacity set to shadows to clean up the halos that bleed into the black background from "hot" color sections of the picture.