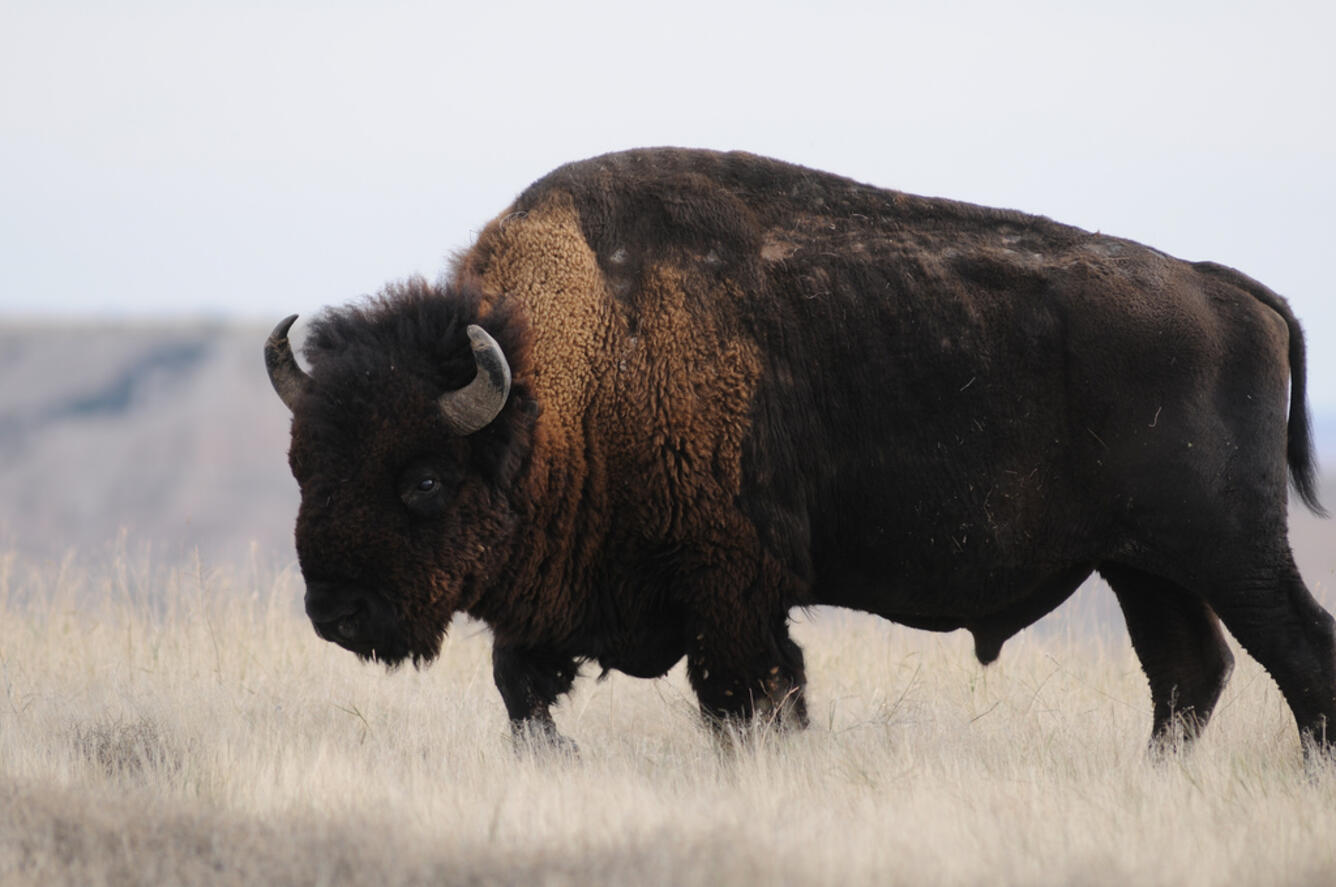 Bison in the grasslands of Badlands National Park. Tens of millions of bison once roamed this region, but were nearly eliminated by the early 20th century due to overhunting. Bison were brought back to Badlands in 1963 and the population has thrived. The park is concerned about how water and forage availability might change as the climate changes, and what this would mean for grazers like bison.