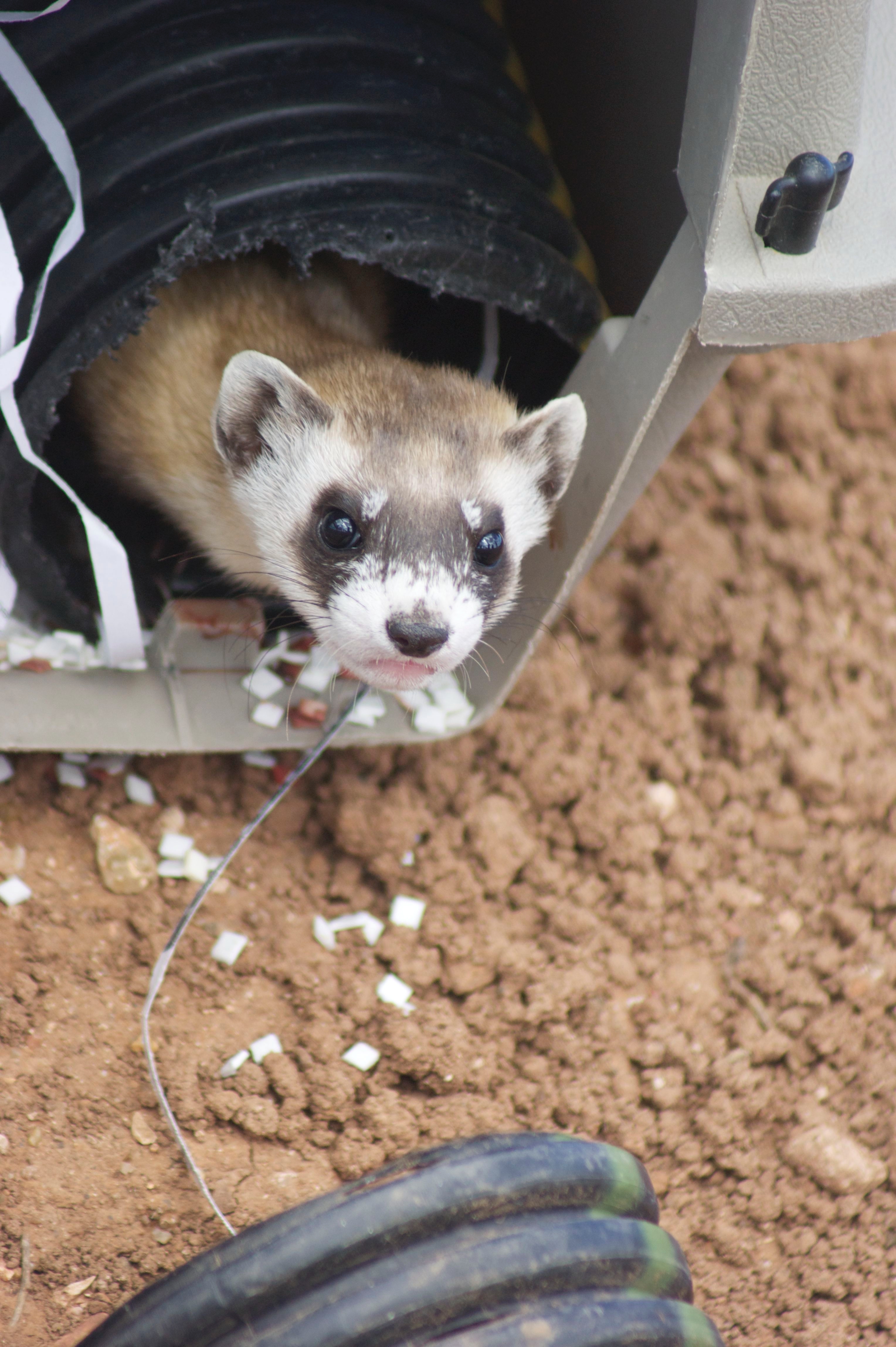 An endangered black-footed ferret is released on private land in Arizona as part of a collaborative species recovery effort.

These ferrets depend on prairie dogs for food, but sylvatic plague threatens many priaire dog colonies in the United States. The USGS is testing an oral sylvatic plague vaccine for prairie dogs, which could potentially help sustain populations of black-footed ferret prey.