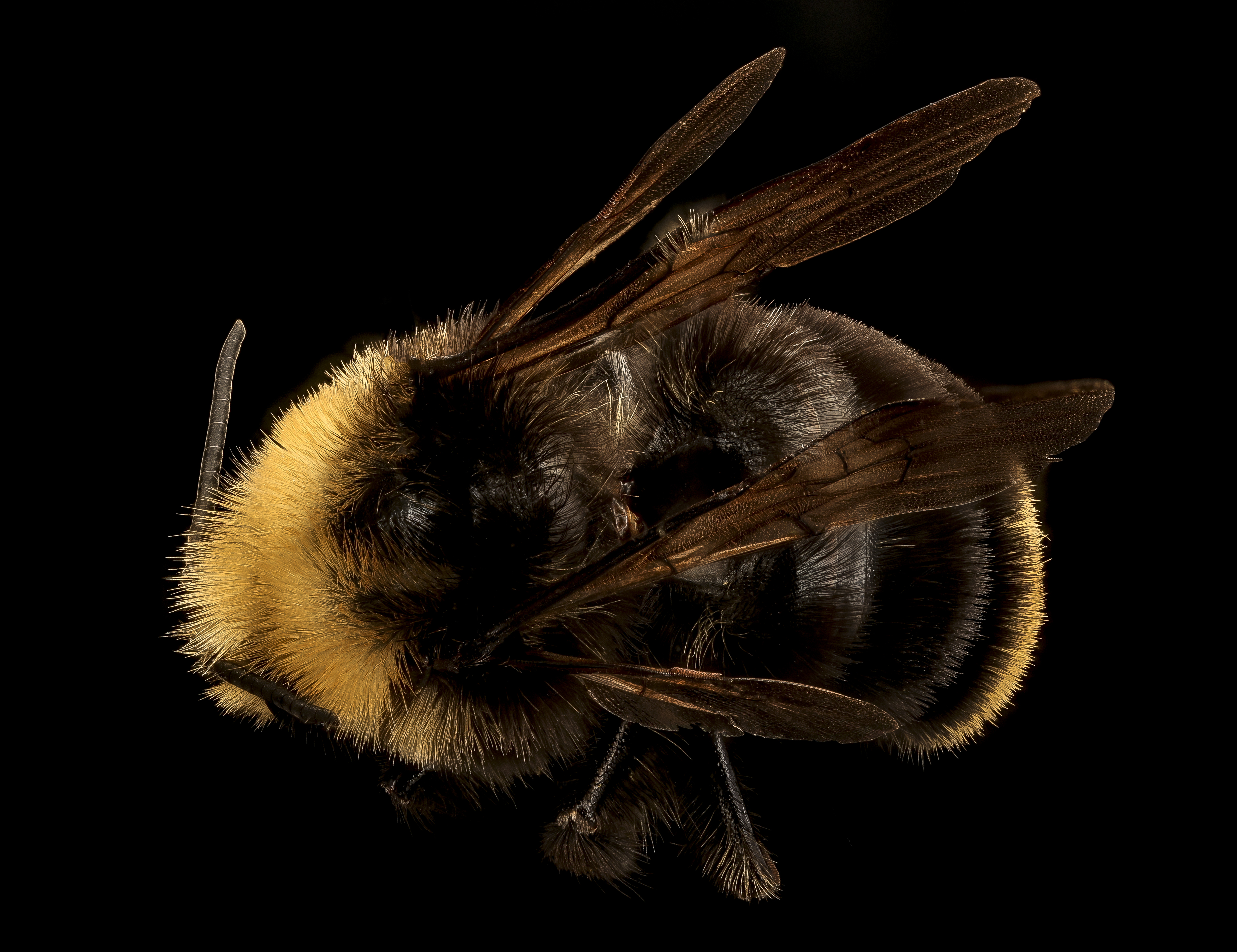 More black bumble bees from Yosemite National Park. Here is the male of Bombus vosnesenskii. This species was described by the relatively prolific Polish Taxonomist Oktawiusz Wincenty Bourmeister-Radoszkowski who pumped out a great many new descriptions of bees in many parts of the world. This was the era on both continents when military men did a lot of the natural history and our Polish friend was one of those, apparently entirely in the Russian army. He worked on taxonomy until his death (which is a given for taxonomists). Photography Information: Canon Mark II 5D, Zerene Stacker, Stackshot Sled, 65mm Canon MP-E 1-5X macro lens, Twin Macro Flash in Styrofoam Cooler, F5.0, ISO 100, Shutter Speed 200 USGSBIML Photoshopping Technique: Note that we now have added using the burn tool at 50% opacity set to shadows to clean up the halos that bleed into the black background from "hot" color sections of the picture.