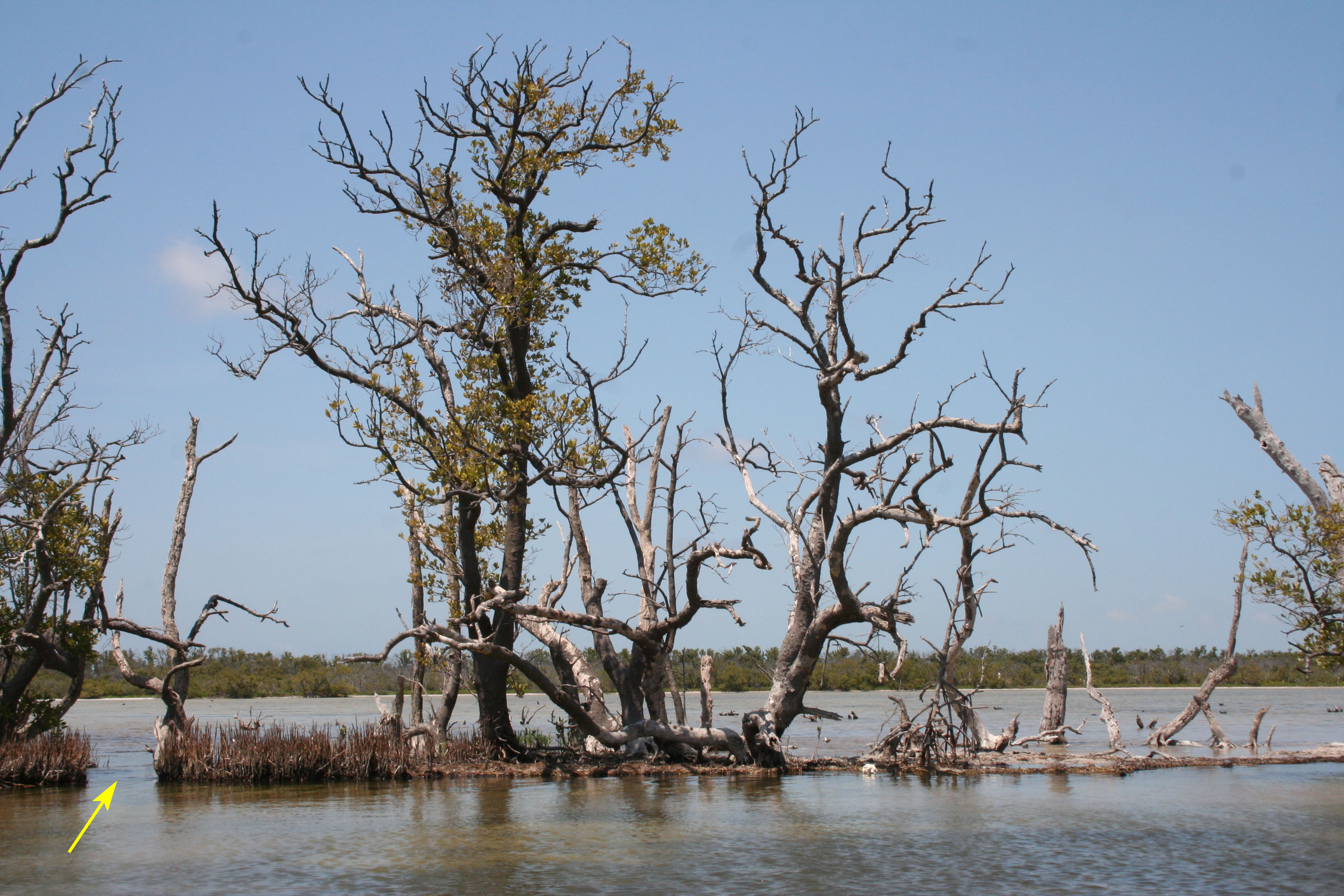 In Photo: Eastern berm of Jim Foot Key, April 2019.  This photo taken from Florida Bay, looking in toward the center of the island (now covered in water).  The arrow points toward a breach in the berm, first noted in 2014, but the cut has deepened significantly after Hurricane Irma, and the island interior appears to be permanently tidal.  Loss of the berm structure is indicated by the presence of water on top of the flattened berm on the right side of the  image.