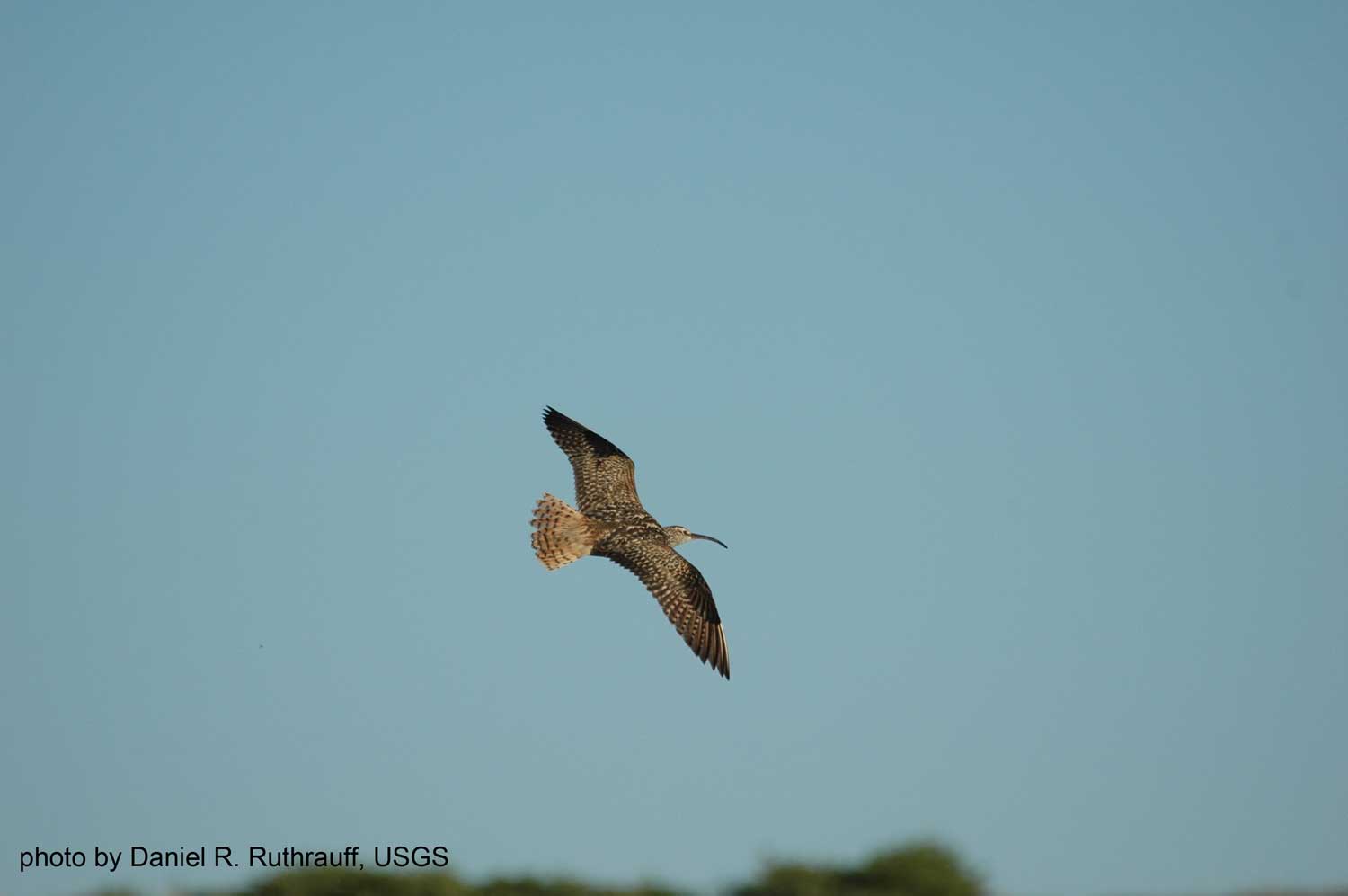 A distinctive feature of the Bristle-thighed Curlew is its cinnamon-colored rump and tail. This feature helps distinguish curlews from similar species like the Whimbrel (N. phaeopus), particularly in places where the two species overlap in Alaska and Oceania. These curlews migrate long distances each year. In June 2007, USGS scientists tagged 13 curlews with satellite transmitters at their southern breeding area in Alaska. They use satellite telemetry to track these birds, in order to map their migration routes and find the location of their nonbreeding areas.