Burmese Python Caught in the Everglades 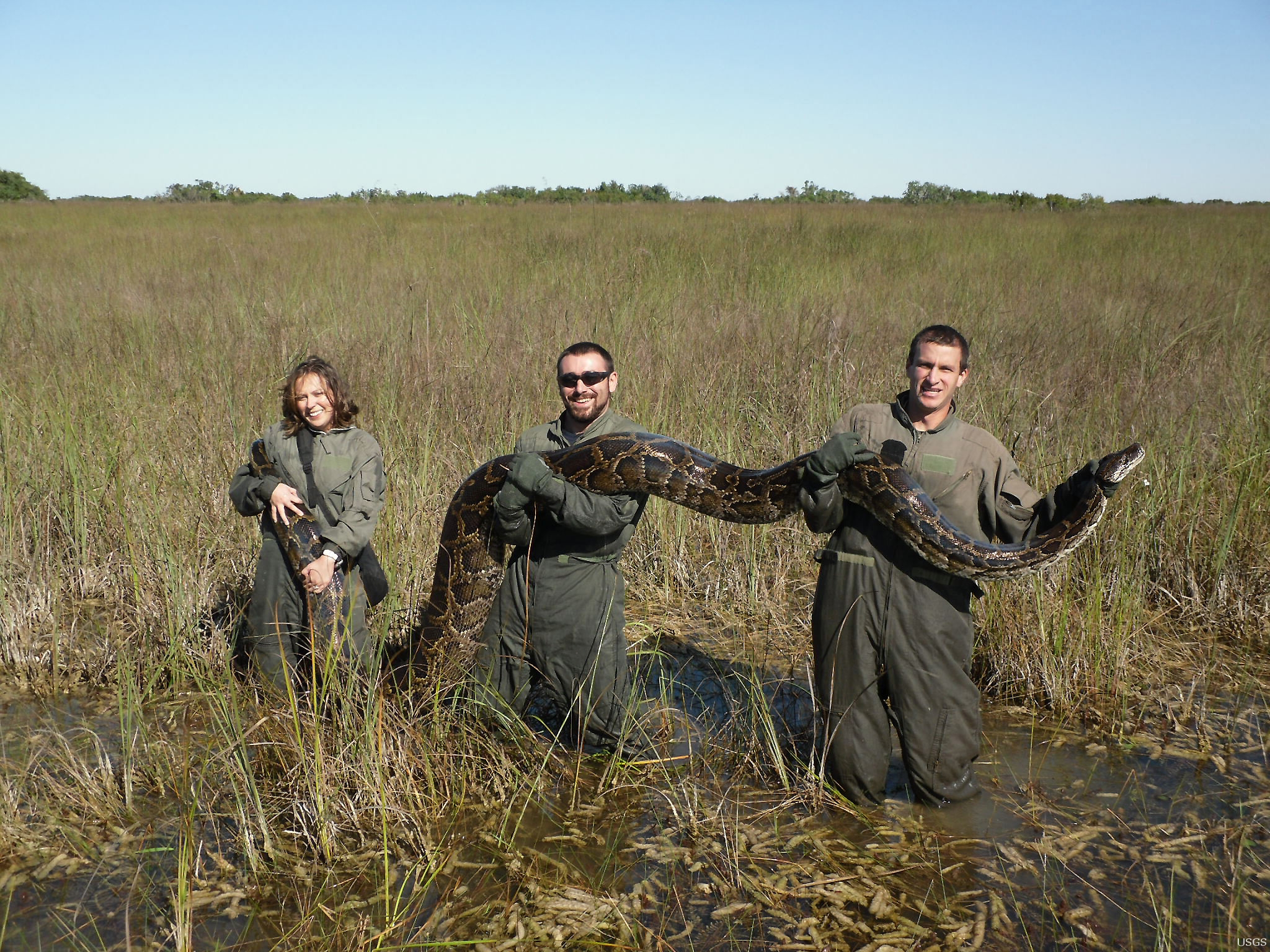 This large Burmese python, weighing 162 pounds and more than 15 feet long at the time of its capture in 2009, was caught alive in the Everglades and was found to have eaten an American alligator that measured about 6 feet in length. University of Florida researchers in the photo: Michael Rochford is holding the python's head, and Alex Wolf and Therese Walters are holding the python's body.