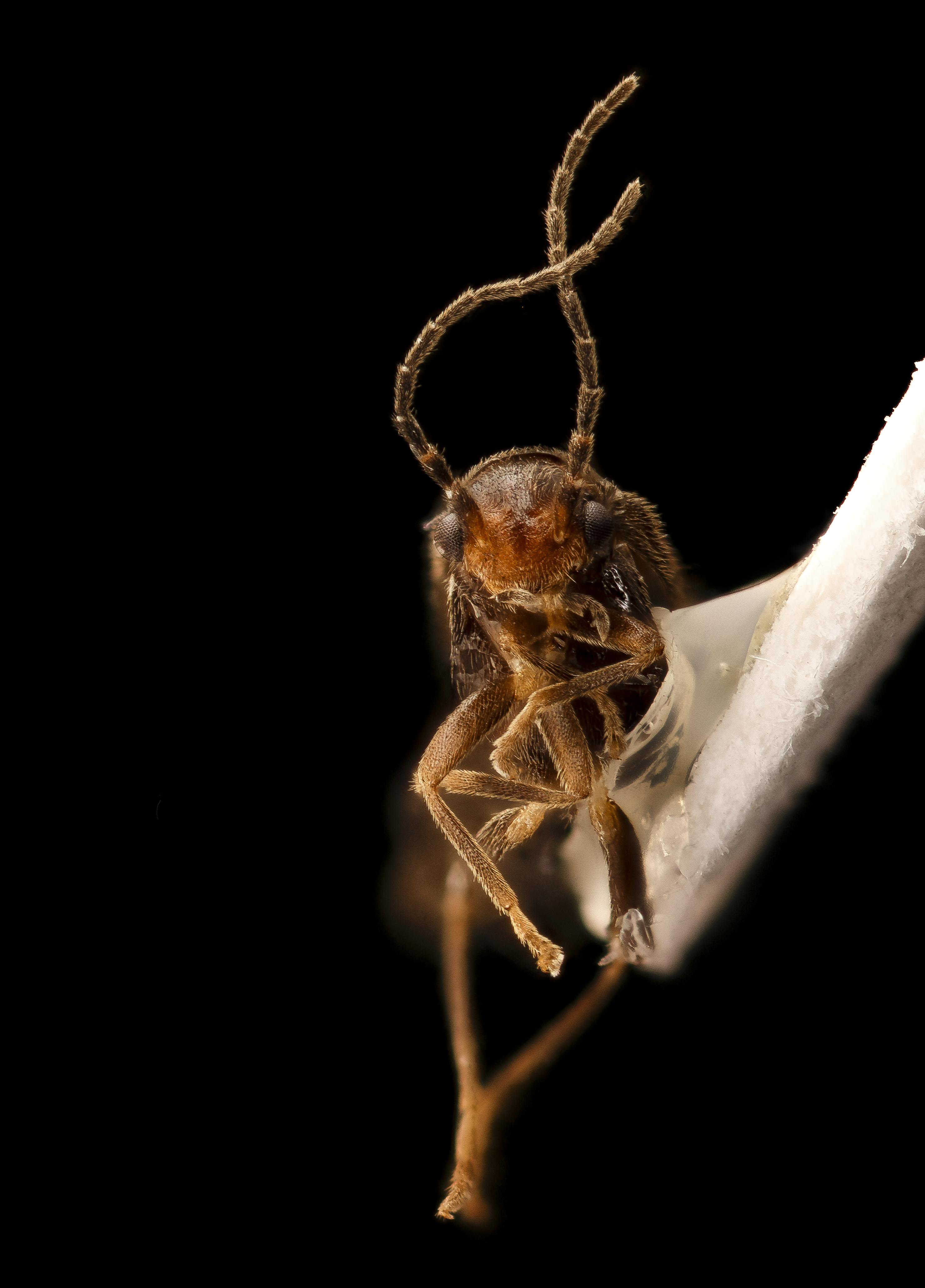 A very small soldier beetle. This beetle is from the genus Malthodes and was collected by Brent Steury near Little Hunting Creek on the George Washington Memorial Parkway lands, operated by the National Park Service. While the species is still unknown, it does represent a new state record for Virginia and is in the process of being published. What its role is in the context of keeping the forest balanced and functioning is not really known, but all these small little members of the forest tribe form a collective that promotes and creates its own diversity with the interlocking webs that keeps forests protected during stressful times. Photography Information: Canon Mark II 5D, Zerene Stacker, Stackshot Sled, 65mm Canon MP-E 1-5X macro lens, Twin Macro Flash in Styrofoam Cooler, F5.0, ISO 100, Shutter Speed 200 USGSBIML Photoshopping Technique: Note that we now have added using the burn tool at 50% opacity set to shadows to clean up the halos that bleed into the black background from "hot" color sections of the picture.