Collapse of Fourth Avenue near C Street, Anchorage, due to earthquake 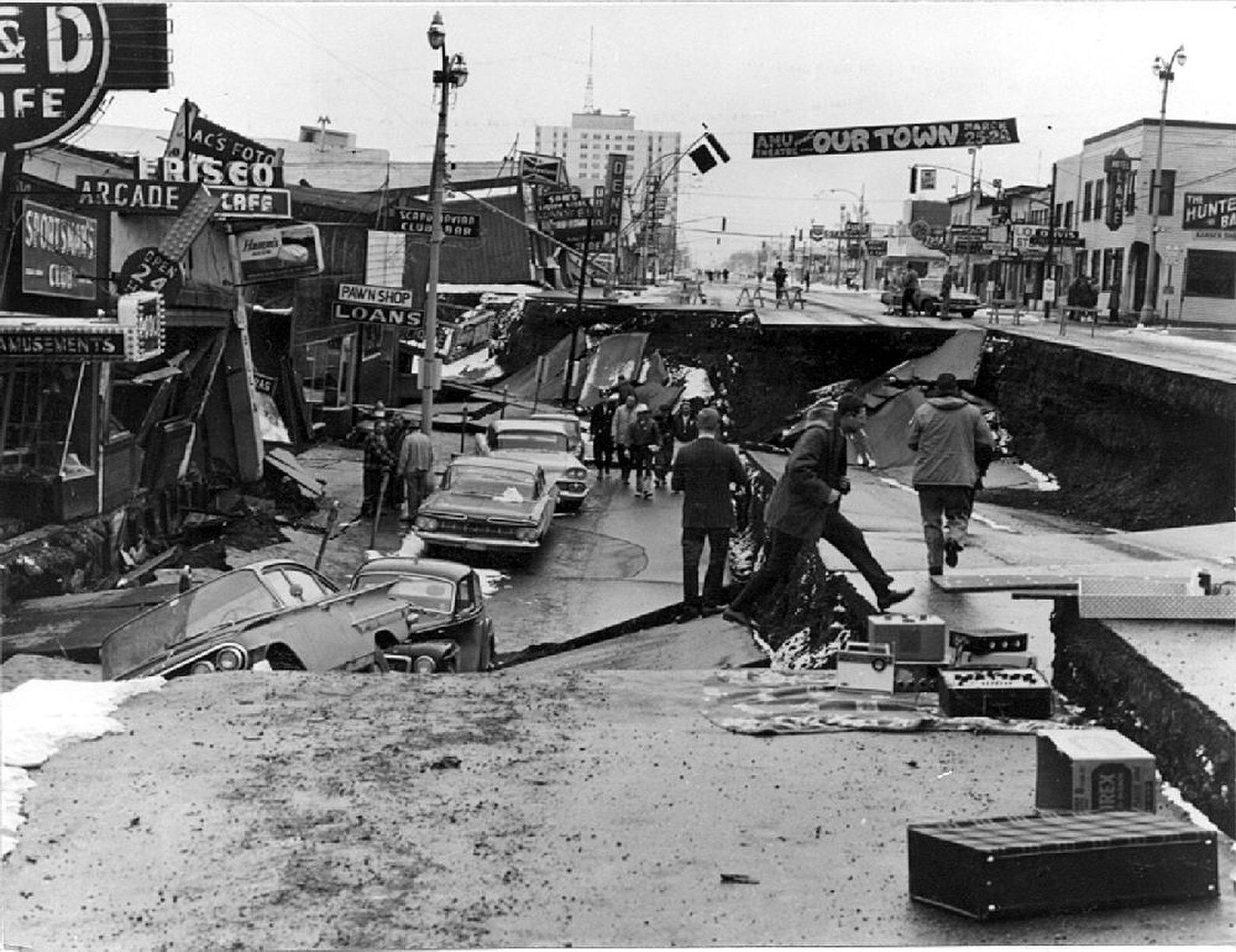 Collapse of Fourth Avenue near C Street, Anchorage, due to the great alaska earthquake of March 27, 1964 which caused a landslide. Before the earthquake, the sidewalk at left, which is in the graben, was at street level on the right. The graben subsided 11 feet in response to 14 feet of horizontal movement. Anchorage district, Cook Inlet region, Alaska. March 1964.