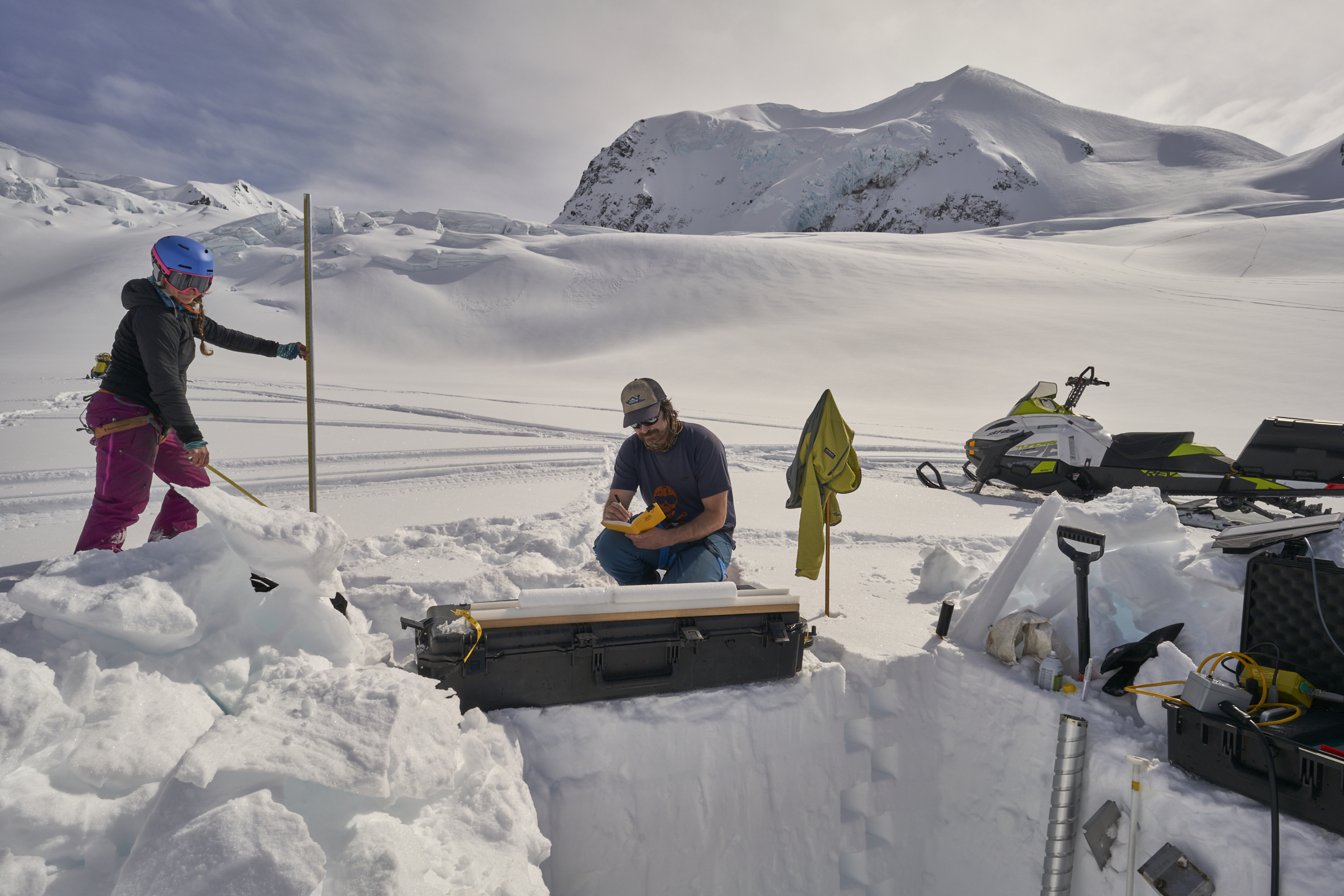 USGS scientists collect field data at Gulkana Glacier in the eastern Alaska Range. The checkerboard sampling pattern in the foreground indicates where snow pit density measurements were collected. A series of snow cores (one is laying on top of the black tool box) collected by drilling into the seasonal snowpack will be used to measure the density at even deeper depths. If you look closely at the snow core in this photo, a darker band is visible near the middle. This dirty layer indicates the bottom of the seasonal snowpack within the snow core and was the previous summer melt surface on the glacier. It's somewhat unusual for the summer surface to be dirty enough that it could be seen at the distance of this photo - but we got lucky! Lastly, the scientist on the left is holding an ablation stake, which is used to measure melt or accumulation of snow on the glacier.