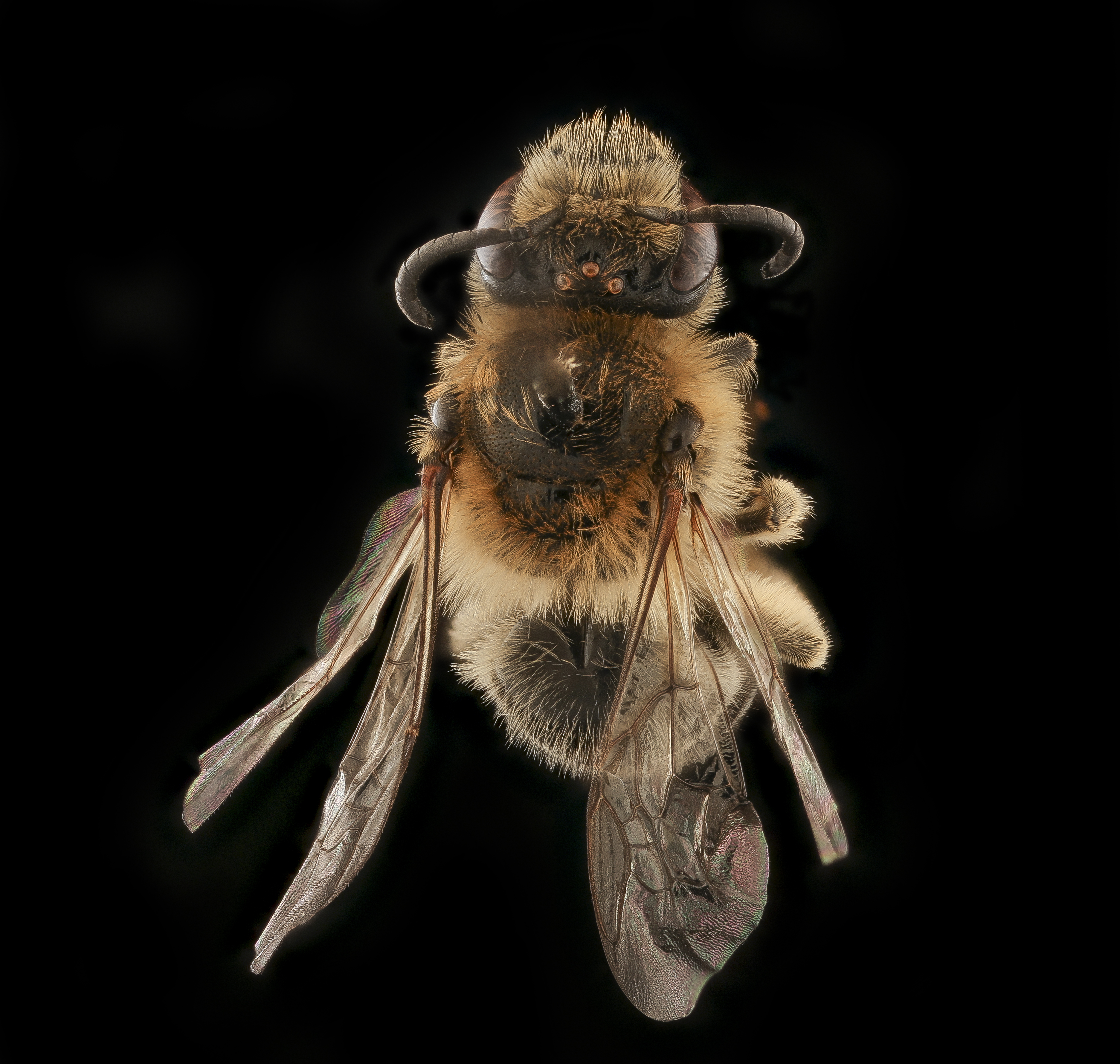 Colletes aestivalis. Rare? or Not Rare? This is a Heuchera specialist. Heuchera is planted everywhere, why is the species not seen and seen by some as a potential species of concern. A few things pilgrim. First most of the Heuchera out there are part of a hybrid Heuchera swarm (I like the ring of that phrase, but, sadly, it will not often come up in casual conversation). OK, so C. aestivalis is not interested in these hybrids. Also, wild Heuchera is hard to find and its little brown be hard to see. We now know of several populations some from areas where H. americana have been planted. So, 2 lessons. 1. Plant H. americana. 2. Look for bees on H. americana and maybe our friend will be there. Brooke Goggins took the picture and the specimen was found in Virginia, but I can't recall which group! Photography Information: Canon Mark II 5D, Zerene Stacker, Stackshot Sled, 65mm Canon MP-E 1-5X macro lens, Twin Macro Flash in Styrofoam Cooler, F5.0, ISO 100, Shutter Speed 200. USGSBIML Photoshopping Technique: Note that we now have added using the burn tool at 50% opacity set to shadows to clean up the halos that bleed into the black background from "hot" color sections of the picture.