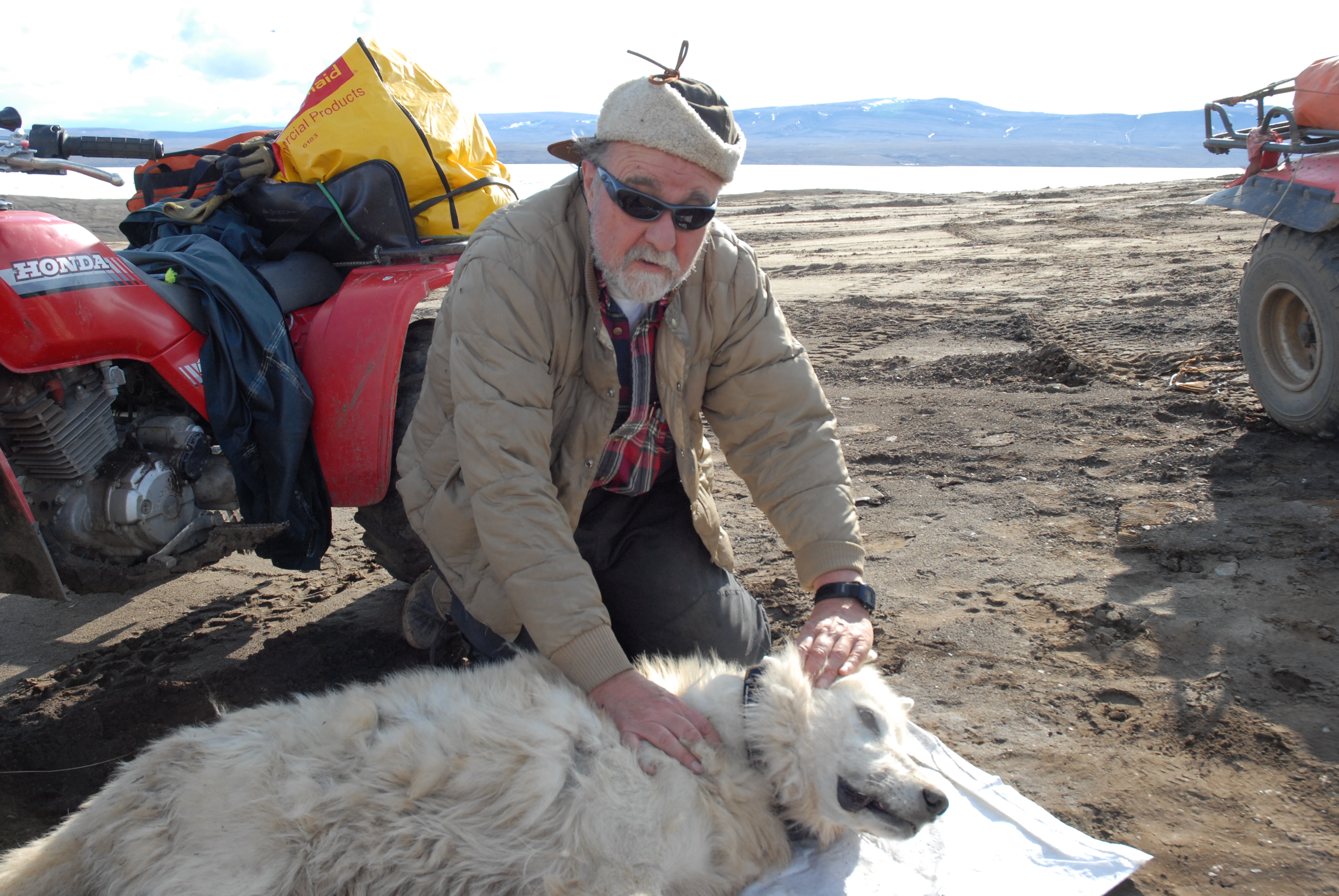 Brutus, a wolf being studied by USGS scientists, is chemically immobilized, measured, ear-tagged, and fitted with a radio collar near the Eureka airstrip on Ellesmere Island in the High Arctic, Nunavut, Canada. This radio collar will obtain two GPS (Global Positioning System) locations a day for 2 years and transmit these locations to an orbiting satellite every 4 days. These locations are then relayed to scientists Dave Mech and Dean Cluff via e-mail. A VHF (Very High Frequency) transmitter is also included in the collar to allow scientists to track the wolf at close range and retrieve the collar once it drops off. The collar has a breakaway insert that is programmed to release on June 15, 2011. Brutus recovers from the immobilizing drug within 2 hours and shows no interest in his new collar.

Environment and Natural Resources Government of the Northwest Territories