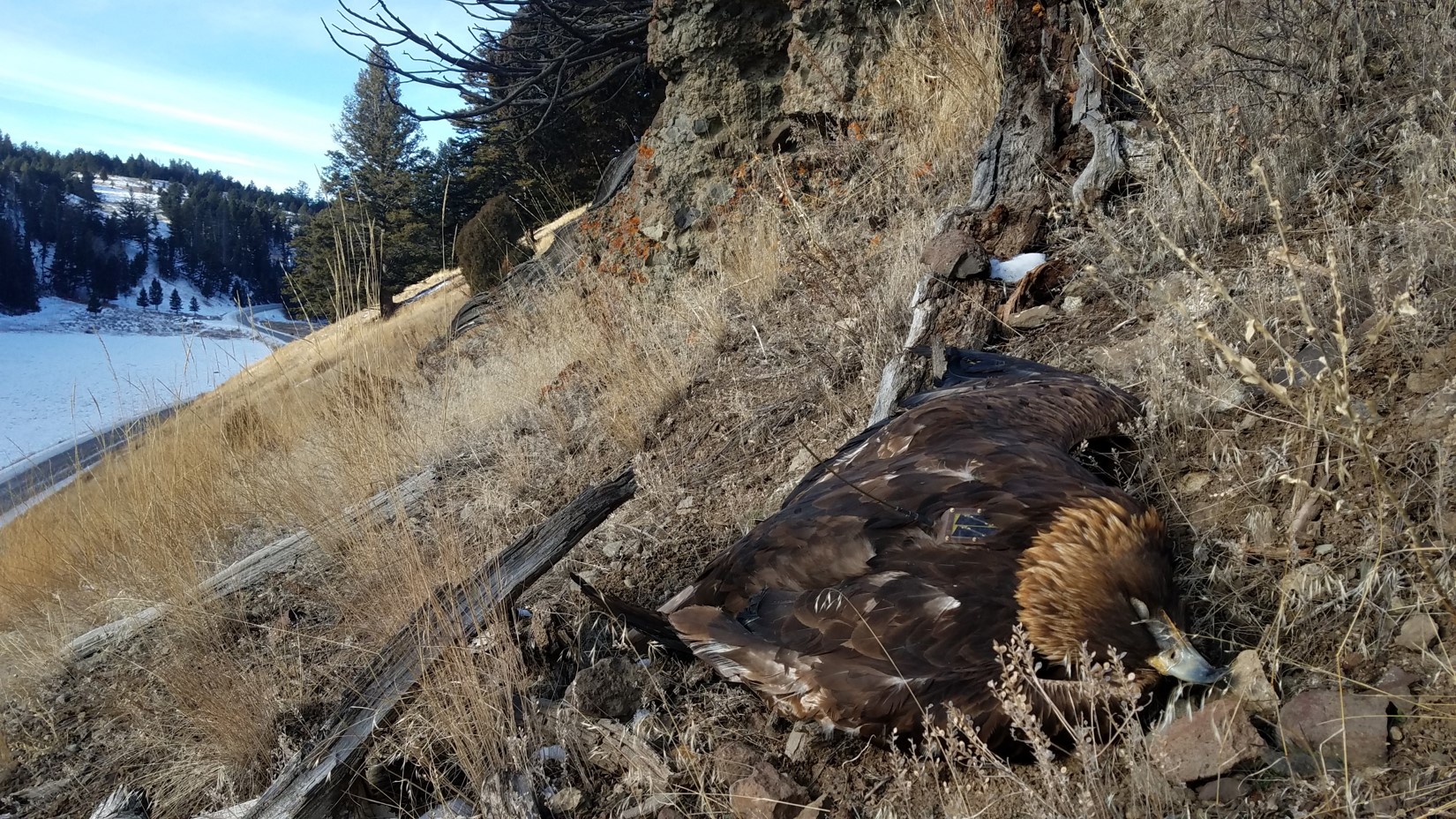 In August of 2018 this adult female golden eagle was captured and outfitted with a GPS transmitter. You can see the transmitter on the eagle’s back, below the head. This was the first golden eagle ever captured as part of a research project in Yellowstone National Park. In early December of 2018, this eagle was recovered dead approximately 1.5 miles from where it nests in the Park after movements ceased. The eagle was necropsied at the USGS National Wildlife Health Center where the cause of death was determined to be lead poisoning. Liver lead concentrations measured at 48 parts per million dry weight, which is in the range for lethal toxicity.