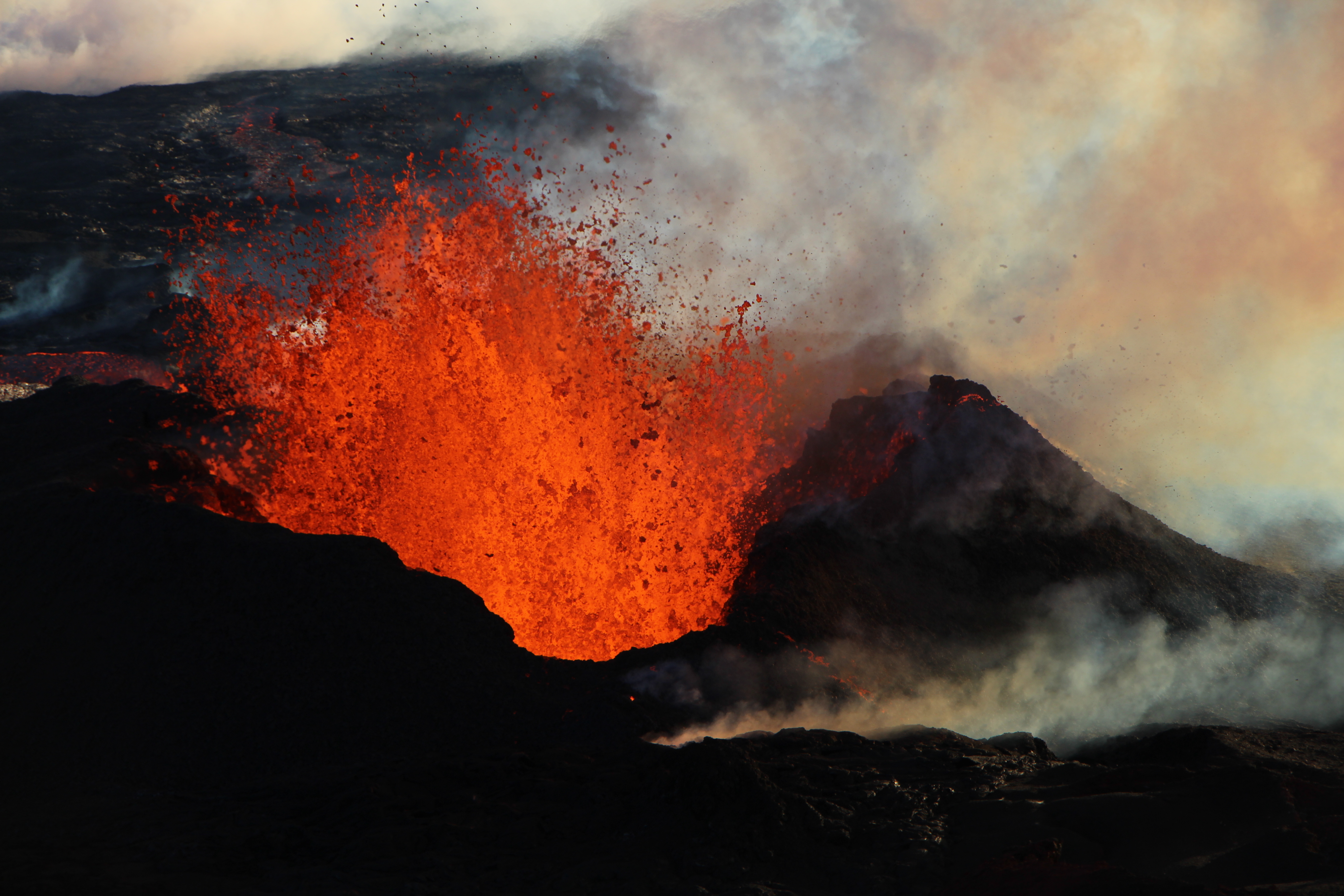 Zoomed in aerial view of Fissure 3 erupting on the Northeast Rift Zone of Mauna Loa. Its lava fountains consistently throw molten lava bombs up to 30 m (98 ft) in the air with some bursts to 40 m (131 ft) high. Over time as these bombs cool, around the base of the fissure, they built up a spatter cone. Since Fissure 3 became the dominant source of lava effusion, it has built up a significant spatter cone around its lava fountains. USGS image by D. Downs.