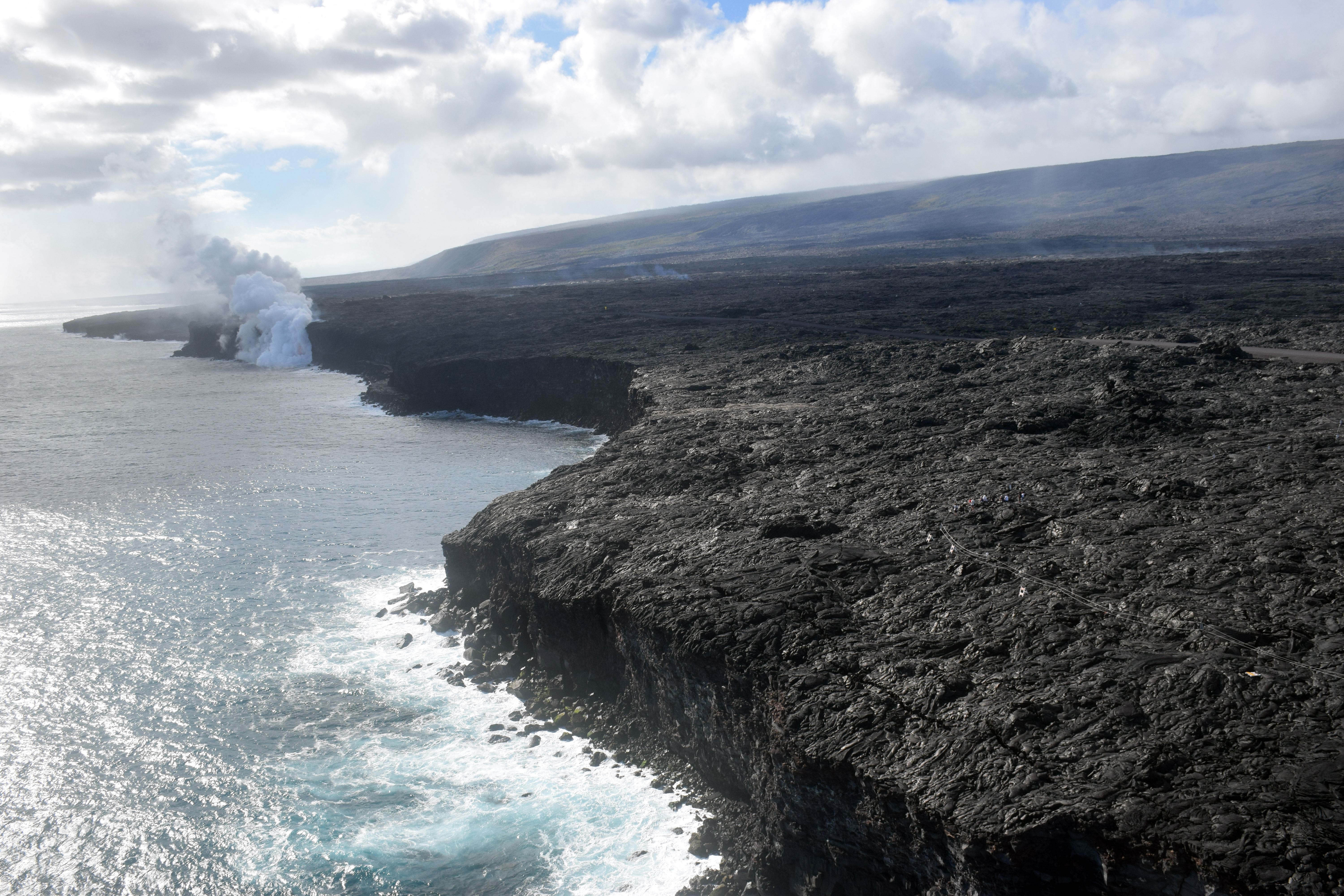 Since the delta collapse on December 31, 2016 there has not been any evidence of the lava delta rebuilding. The fume trace of the 61g tube system on the coastal plain is visible up slope from the ocean entry. The cove in the sea cliff (at center) is where the ~4 acre portion of old sea cliff collapsed into the ocean after the delta fell in. The new public lava viewing area and rope line is in the lower right, and the emergency access road is just inland from the coast.