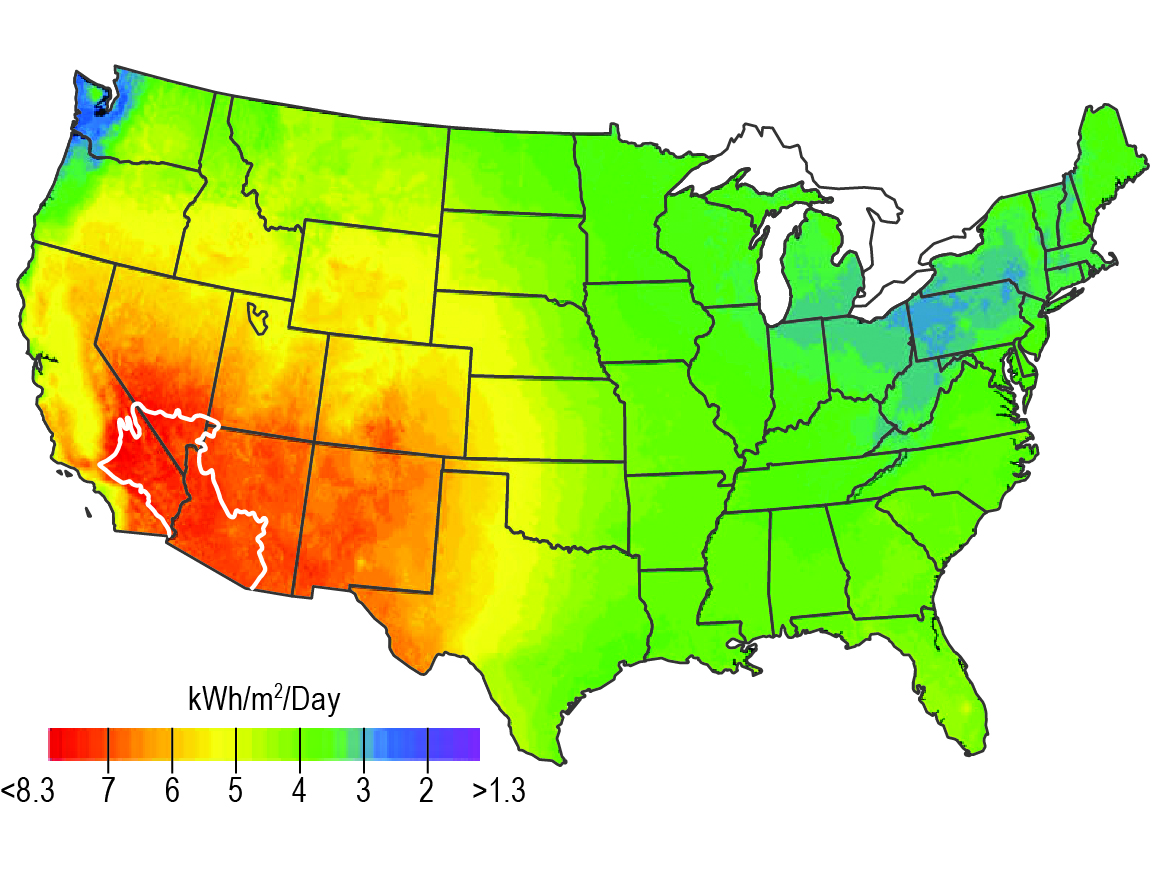 Concentrating solar energy potential (in kilowatt-hours per square meter per day [kWh/m2/day]) of the United States from Lovich and Ennen (2011. Wildlife conservation and solar energy development in the Desert Southwest, United States. BioScience 61:982-992.). The map shows the annual average direct normal solar resource data based on a 10-kilometer satellite-modeled data set for the period from 1998 to 2005. Refer to NREL (2011. National Renewable Energy Laboratory. Dynamic maps, GIS data and analysis tools: Solar maps. [6 July 2011; www.nrel.gov/ gis/solar.html]) for additional details and data sources. The white outline defines the approximate composite ranges of Agassiz’s (west of the Colorado River) and Morafka’s (east of the Colorado River) desert tortoises (Murphy et al. 2011) in the United States, both species of significant conservation concern. This figure was prepared by the National Renewable Energy Laboratory for the US Department of Energy (NREL 2011). The image was authored by an employee of the Alliance for Sustainable Energy, LLC, under Contract no. DE-AC36-08GO28308 with the US Department of Energy. Reprinted with permission from NREL 2011.