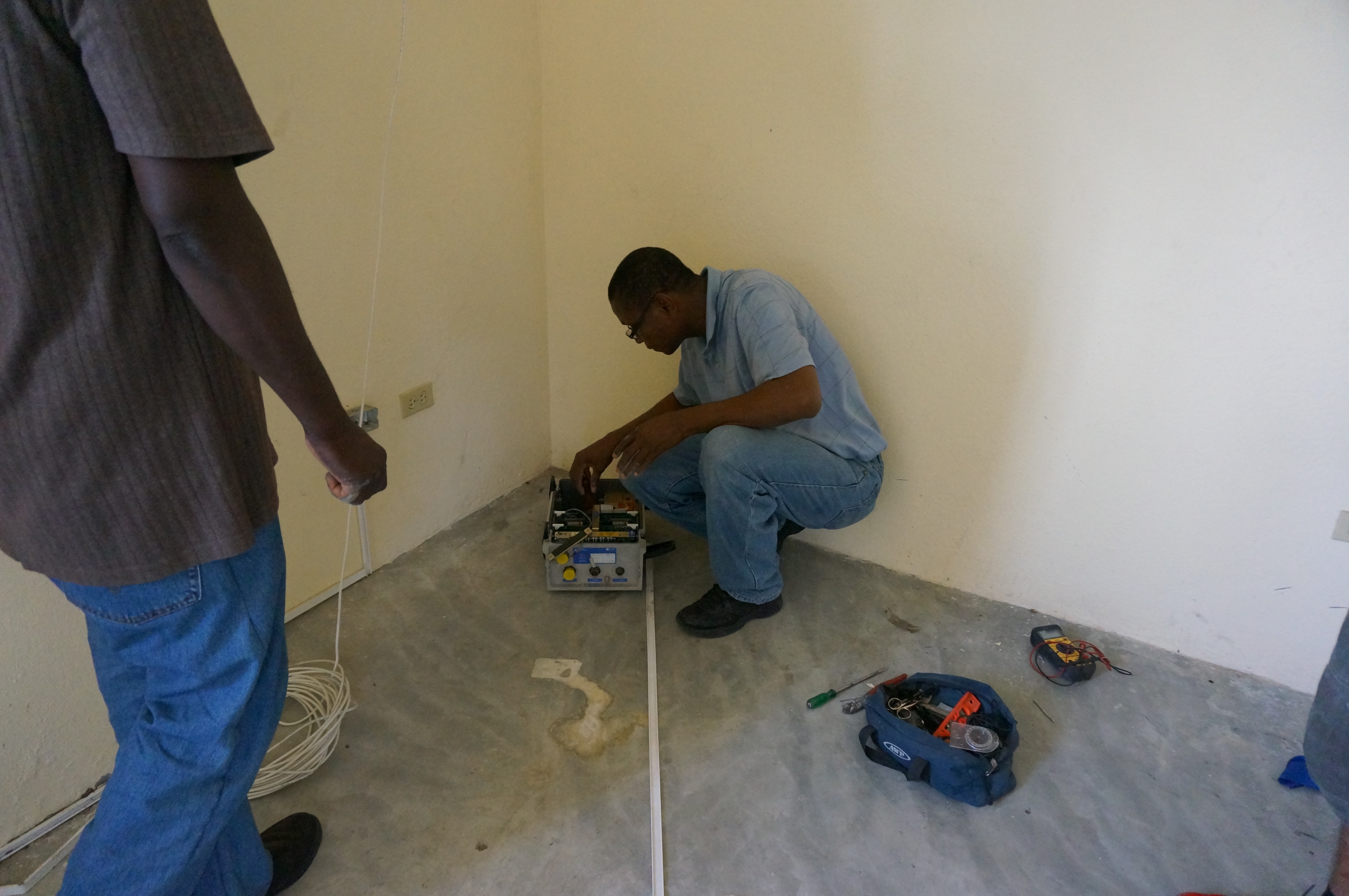 As part of this collaboration, USGS scientists traveled to Cap Haitien, the largest city in North Haiti, in May 2013. In this photo, the technical director of the BME Seismology Technical Unit, Jean-Robert Altidor, installs one of the strong-motion instruments.