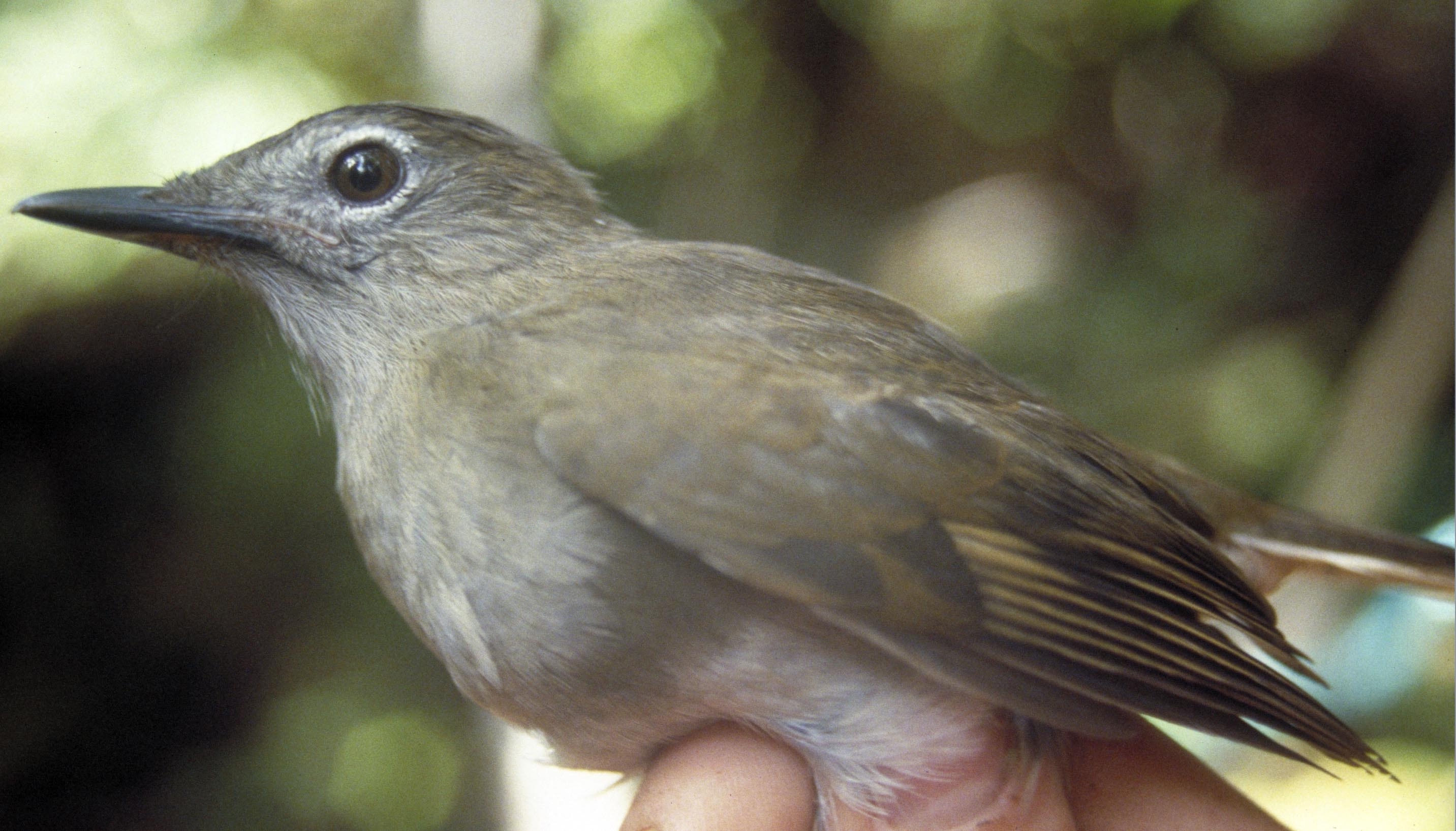 Many species of Hawaiian honeycreepers have persisted into the 20th century because high elevation rain forests on the islands of Kaua’i, Maui, and Hawai'i are cool enough to limit transmission of introduced avian malaria (Plasmodium relictum). Malaria transmission is tied closely to the effects of temperature on development of malarial parasites within their mosquito vectors and the effects of temperature and rainfall on seasonal and altitudinal changes in mosquito populations. As a result, this system may be very sensitive to recently documented increases in mean temperature in the Hawaiian Islands. USGS scientists have documented recent dramatic increases in avian malaria on the Alaka'i plateau on Kaua'i that could affect recovery of two endangered honeycreepers, the 'Akikiki (Kaua'i Creeper, Oreomystis bairdi) and 'Akeke'e (Kaua'i 'Akepa, Loxops caeruleirostris), and one endangered thrush, the Puaiohi (Small Kauai Thrush, Myadestes palmeri).