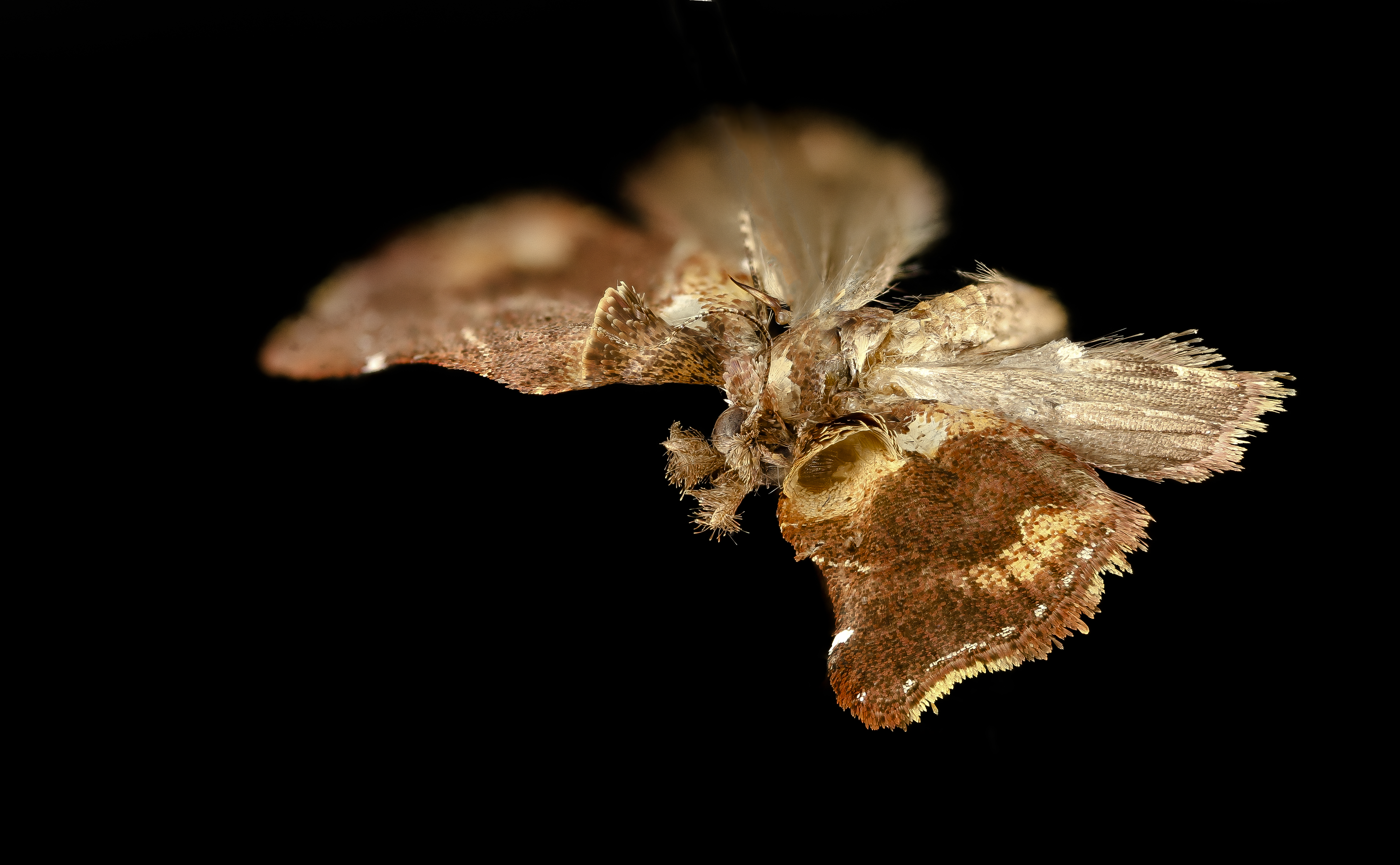 Ahhhhhh, something new under the sun. Alma Solis a USDA entomologist showed me these specimens of the smallish moth Epitamyra thermalis. After finding essentially nothing about these moths and the super cool sound structure on these male's wings I wrote Alma and she replied: "Sam, you are venturing into scientific NEW information. There is probably nothing on-line about this. I know of one article in the literature and the morphology is buried in dissertations and taxonomic papers. Only paper on sound production relating specifically to this was by Hannemann, 1956 [in German]. He found that in certain chrysauginae (Pyralidae) the forewing retinaculum (where the frenulum fits) is thickened, with a file on its inside surface, and pressed against the wing membrane. The frenulum scrapes against the file on the retinaculum to produce sound that is amplified by the resonating chamber [cone-like structure that you have imaged] on the upper surface of the forewing. My note: This structure is found on many, but not all, chrysaugine species and only on males. Presumably, these structures are part of the mating behavior that has never been reported or described." Photography Information: Canon Mark II 5D, Zerene Stacker, Stackshot Sled, 65mm Canon MP-E 1-5X macro lens, Twin Macro Flash in Styrofoam Cooler, F5.0, ISO 100, Shutter Speed 200. USGSBIML Photoshopping Technique: Note that we now have added using the burn tool at 50% opacity set to shadows to clean up the halos that bleed into the black background from "hot" color sections of the picture.