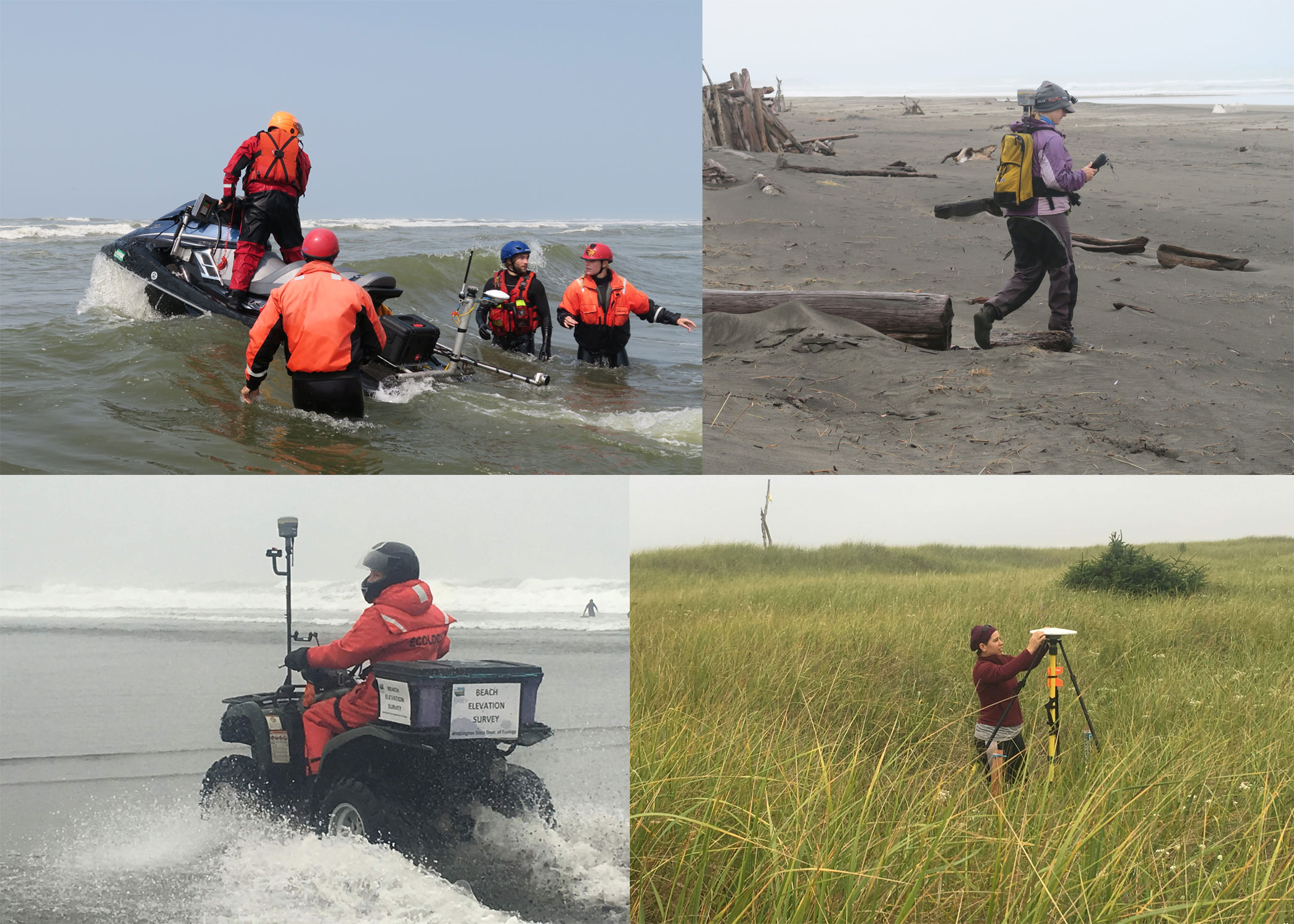 Columbia River estuary: Sediment Transport in Coastal Environments
USGS PCMSC is working closely with the states of Washington and Oregon, the U.S. Army Corps of Engineers, and others to bring the best available scientific information on sediment management to decision makers. USGS PCMSC has developed a state-of-the-art process-based numerical model of hydrodynamics and sediment transport for the lower Columbia River, Columbia River Estuary, and adjacent coast, and works closely with partners to develop, calibrate and verify the model. Because of the expertise developed over the years, USGS is sought by others to perform field work and modeling at the mouth of the Columbia River.