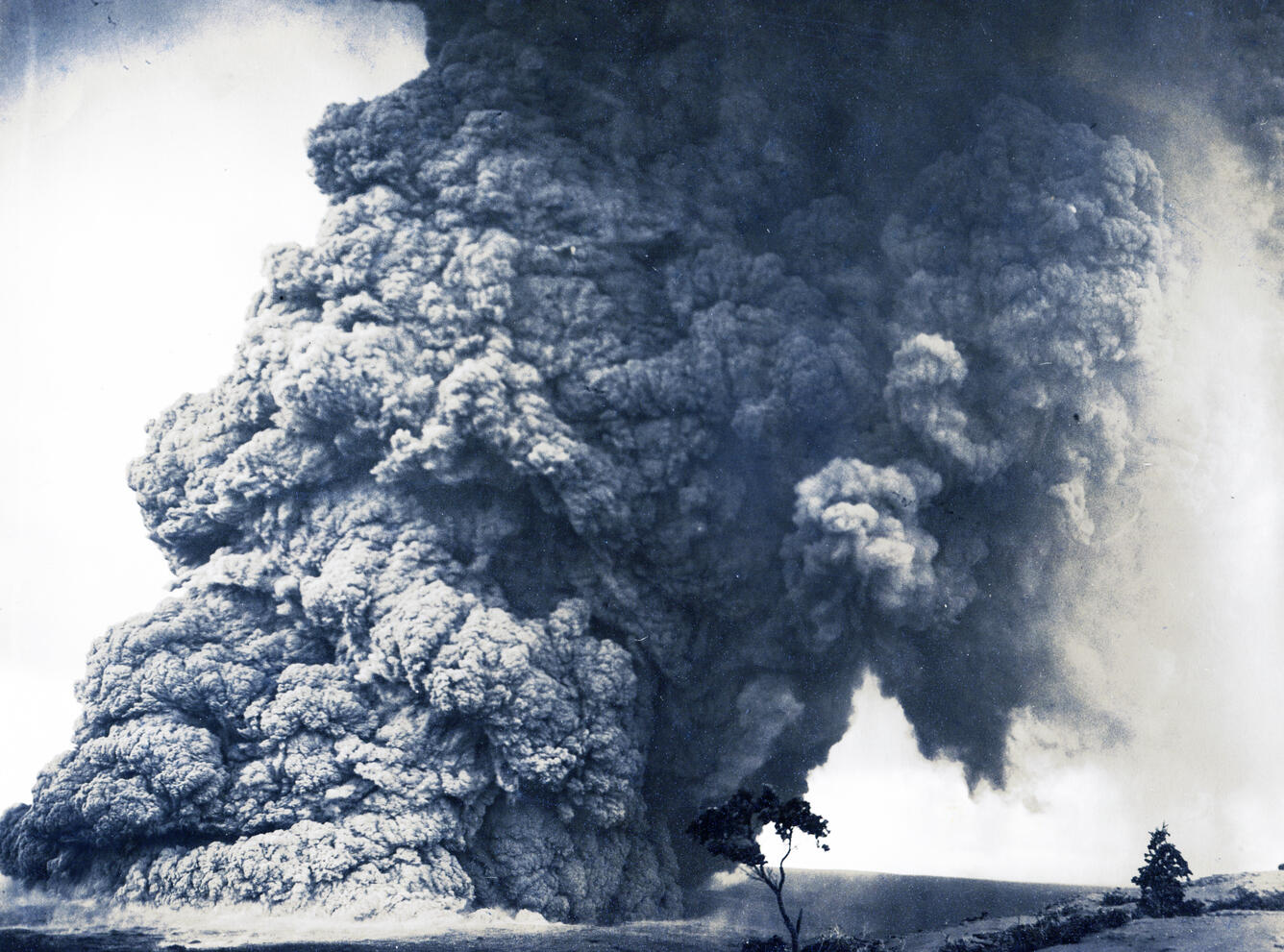 The series of explosive eruptions in May 1924 followed the withdrawal of lava from lava lake in Halema‘uma‘u Crater that began in February and the ensuing collapse of its crater floor in late April. Scientists infer that the lava had drained to a depth below the water table at the summit, currently about 500 m (1,640 ft) below the floor of the caldera. Rock falls from the collapsing walls of Halema‘uma‘u Crater dammed steam rising from the water table, causing pressure to build, and triggering the explosive eruptions. The largest rocks ejected by the explosive activity weighed 14 tons and were hurled as far as 1 km (0.6 mi) from the crater rim. Note the dark plume of ash and gas blown south (far distance) of the crater by the prevailing trade winds.