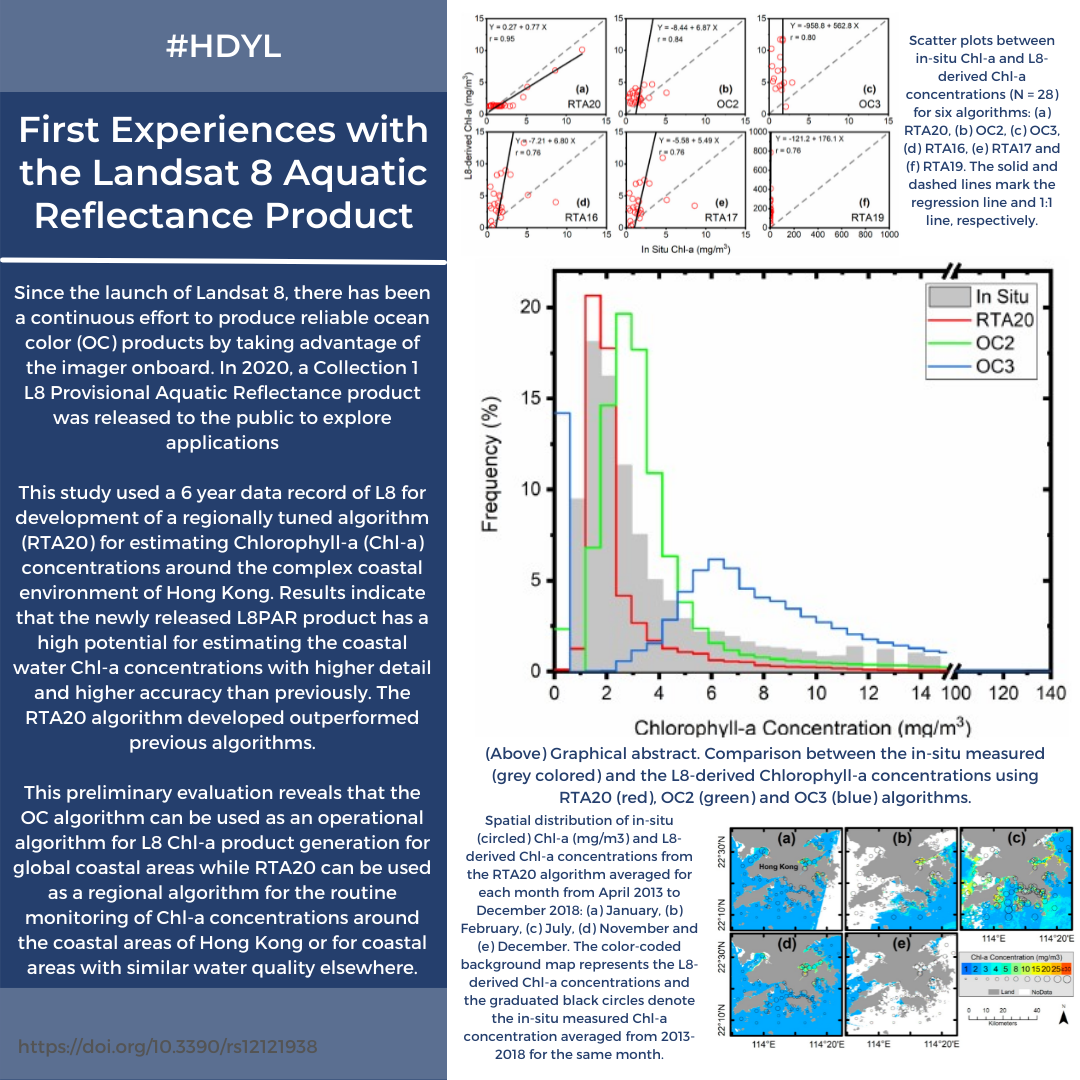 Since the launch of Landsat 8, there has been a continuous effort to produce reliable ocean color (OC) products by taking advantage of the imager onboard. In 2020, a Collection 1 L8 Provisional Aquatic Reflectance product was released to the public to explore applications.

This study used a six year data record of L8 for development of a regionally tuned algorithm (RTA20) for estimating Chlorophyll-a (Chl-a) concentrations around the complex coastal environment of Hong Kong. Results indicate that the newly released L8PAR product has a high potential for estimating the coastal water Chl-a concentrations with higher detail and higher accuracy than previously. The RTA20 algorithm developed outperformed previous algorithms.