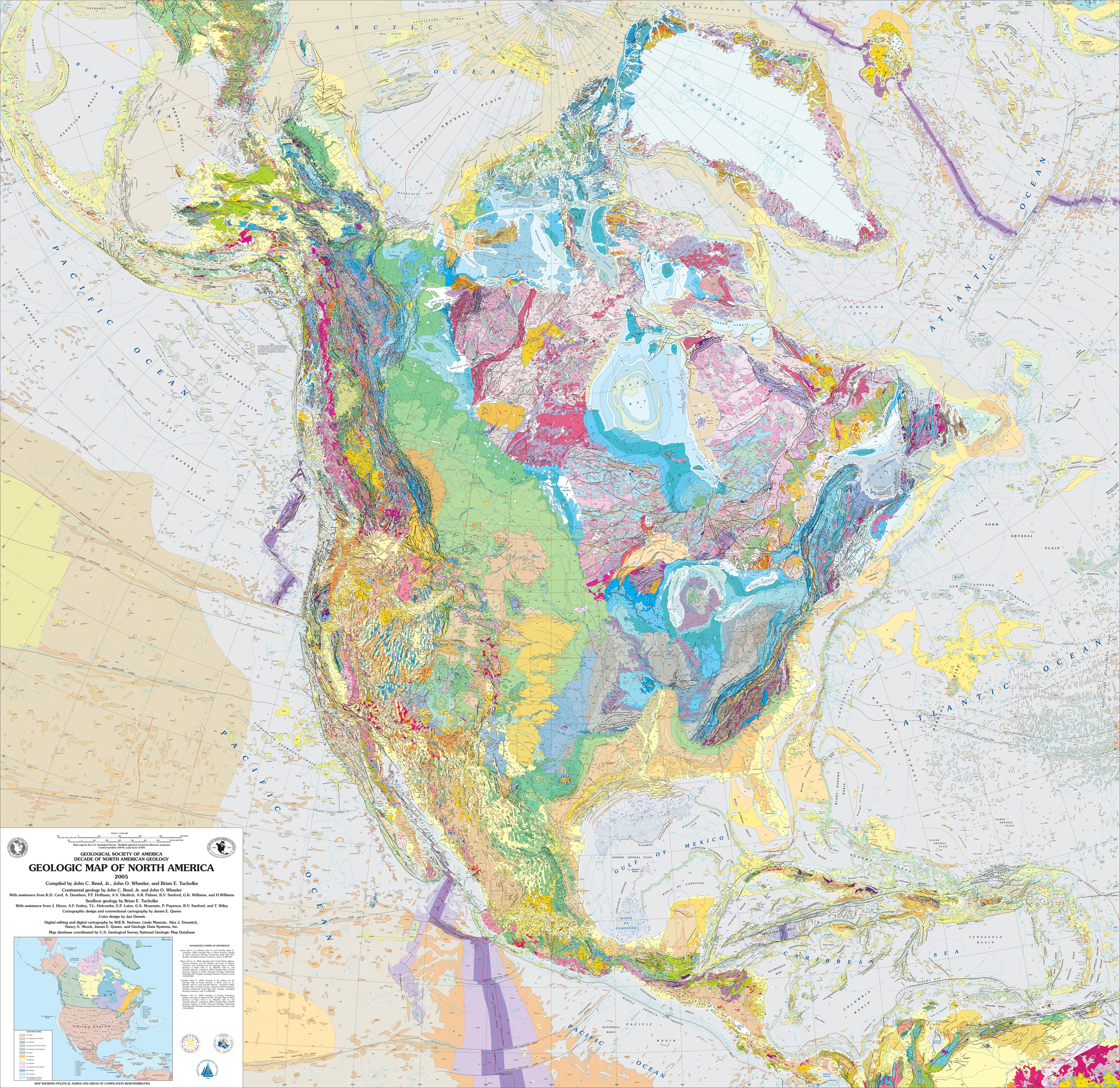 The Geologic Map of North America is a product of GSA's Decade of North American Geology (DNAG) project. At a scale of 1:5,000,000, this map covers ~15% of Earth's surface and differs from previous maps in several important respects: it is the first such map to depict the geology of the seafloor, the first compiled since the general acceptance of plate-tectonic theory, and the first since radiometric dates for plutonic and volcanic rocks became widely available. It also reflects enormous advances in conventional geologic mapping, advances that have led to a significant increase in the complexity of the map. The new map, printed in 11 colors, distinguishes more than 900 rock units, 110 of which are offshore. It depicts more than seven times the number of on-land units as are shown on its immediate predecessor, as well as many more faults and additional features such as volcanoes, calderas, impact structures, small bodies of unusual igneous rocks, and diapirs.