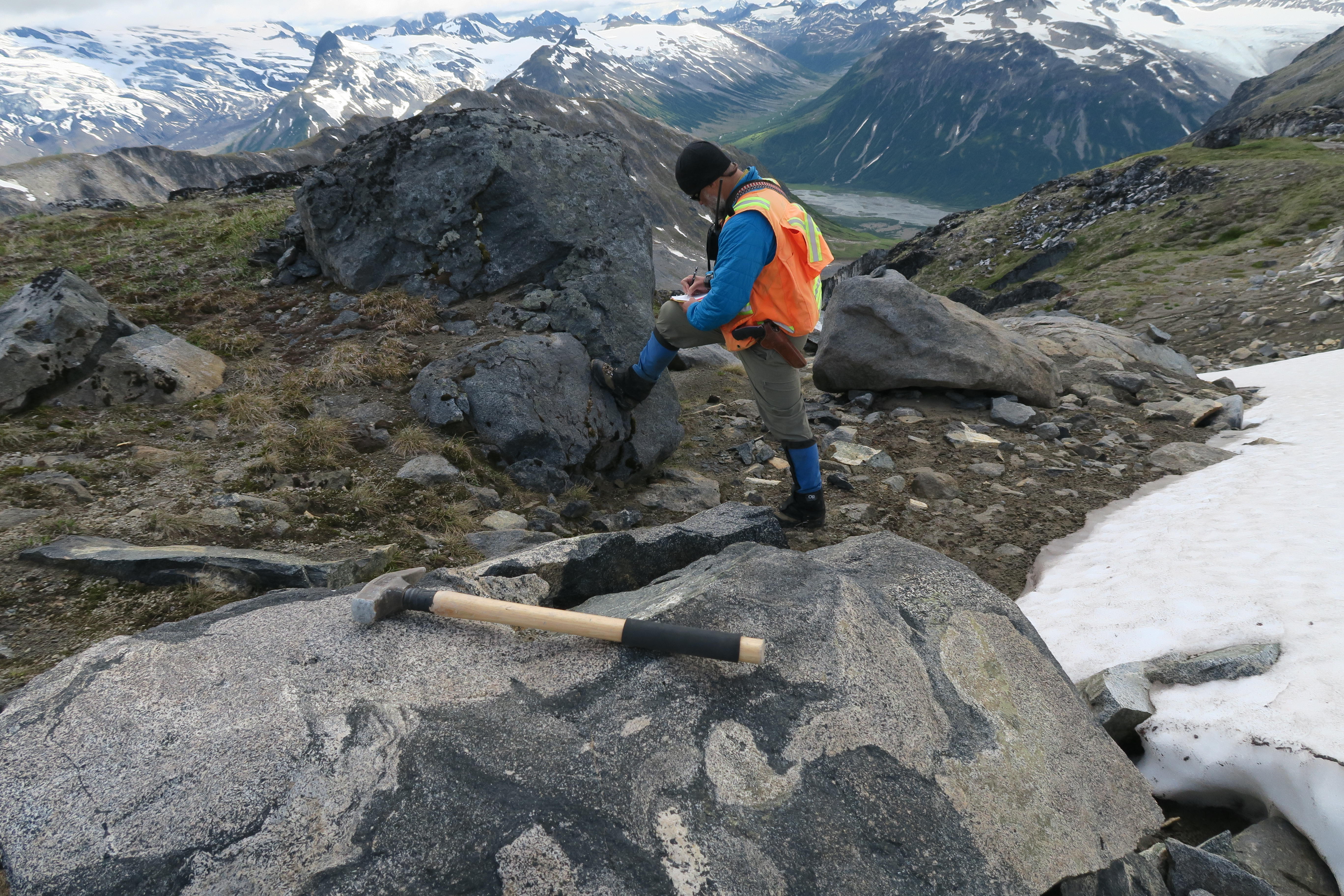 The photo was taken by Erin Todd during helicopter-supported geologic fieldwork in Lake Clark National Park this past summer. The project is funded by the USGS Mineral Resources Program that is focused on investigating the bedrock geology of the national park and surrounding areas through geologic mapping and supporting analytical work such as geochemistry and geochronology. In the photo, Jamey Jones is studying and preparing to collect samples of igneous rocks that make up the core of the northern Aleutian Range in the eastern part of the park. The rocks are Jurassic in age (approximately 180 to 160 million years old) and provide important clues about the geologic evolution of south-central Alaska and the formation and distribution of mineral resources in the region