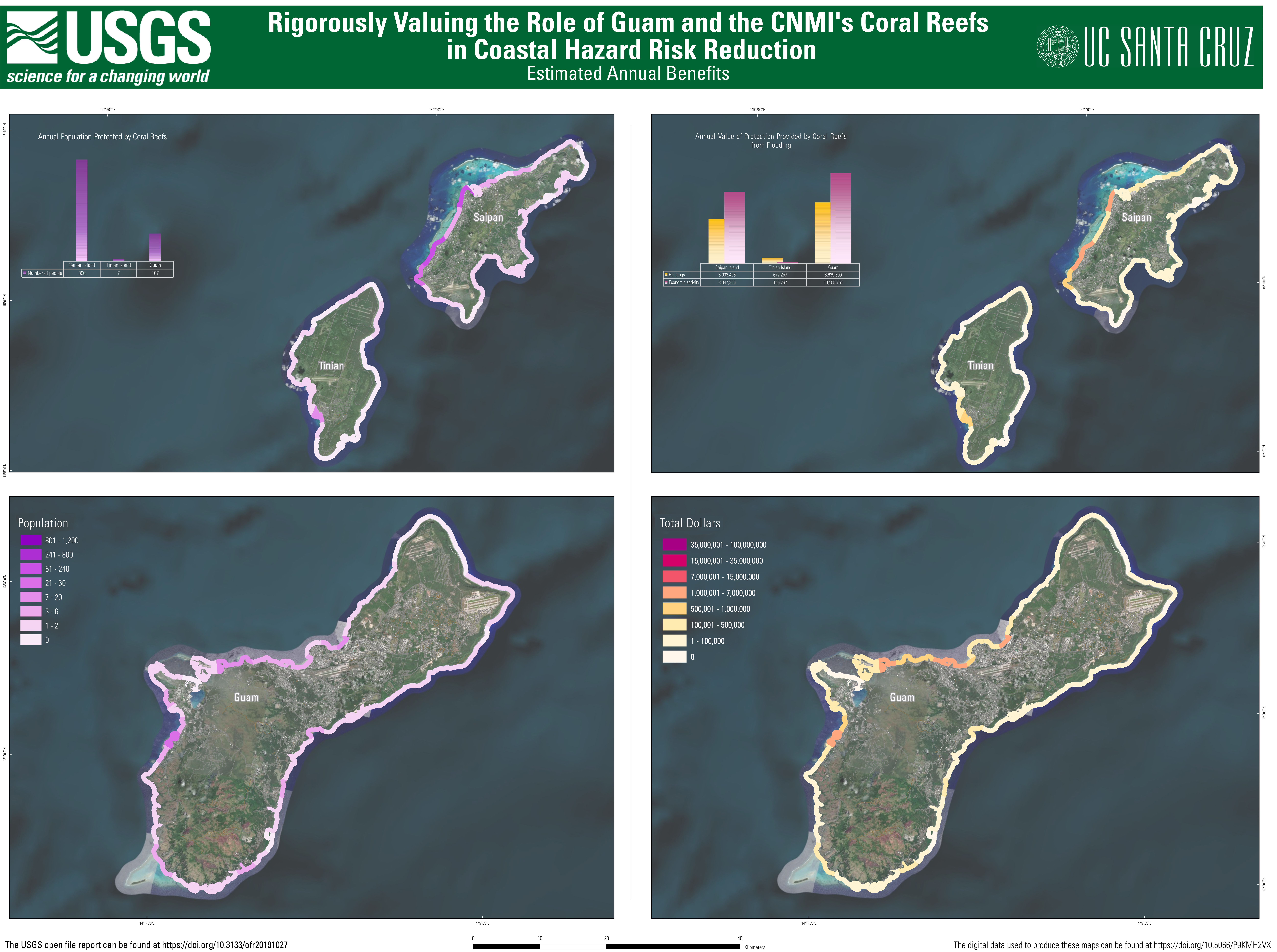 Maps of Guam and the the Commonwealth of the Northern Mariana Islands showing the distribution of the value of averted direct building damages, indirect economic activity losses, and population annually protected from flooding by coral reefs. Results at 10 m2 resolution are aggregated into 2-km coastal sections.

Annual value of protection provided by coral reefs from flooding

The Value of U.S. Coral Reefs for Risk Reduction
Discover the social and economic benefits provided by U.S. reefs

U.S. Geological Survey data release
Projected flooding extents and depths based on 10-, 50-, 100-, and 500-year wave-energy return periods, with and without coral reefs, for the States of Hawaii and Florida, the Territories of Guam, American Samoa, Puerto Rico, and the U.S. Virgin Islands, and the Commonwealth of the Northern Mariana Islands