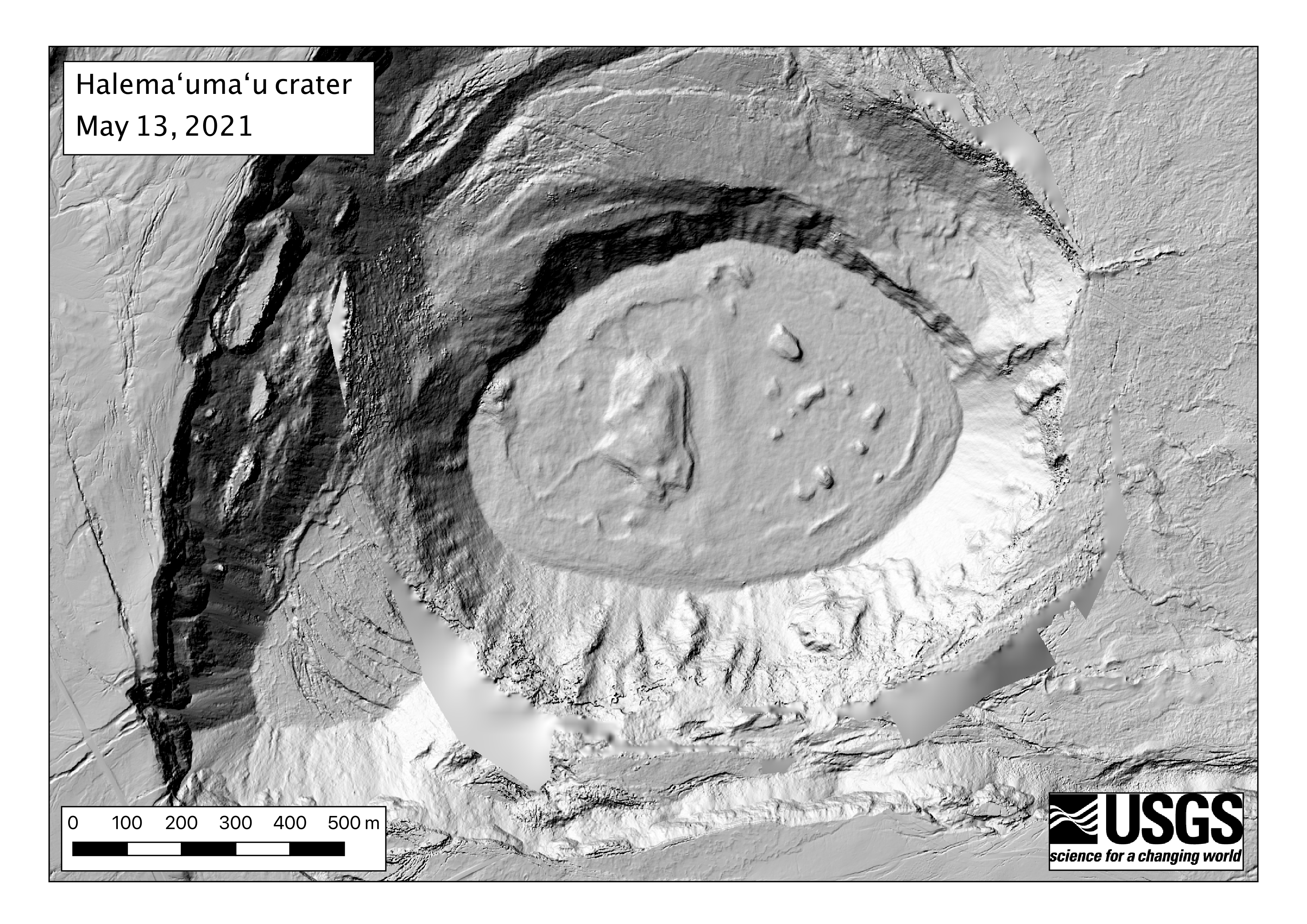 A helicopter overflight on May 13, 2021, at approximately 11:30 a.m. HST allowed for aerial visual and thermal imagery to be collected of the eruption within Halema‘uma‘u crater at the summit of Kīlauea Volcano. The visual images were used to create a digital elevation model (DEM) of the crater, shown here. The many islands and levees formed at different times during the eruption are visible on the lake surface. The DEM is also used to estimate the volume of the lake, which is approximately 40 million cubic meters (over 10 billion gallons, enough to fill 16000 olympic-size swimming pools).