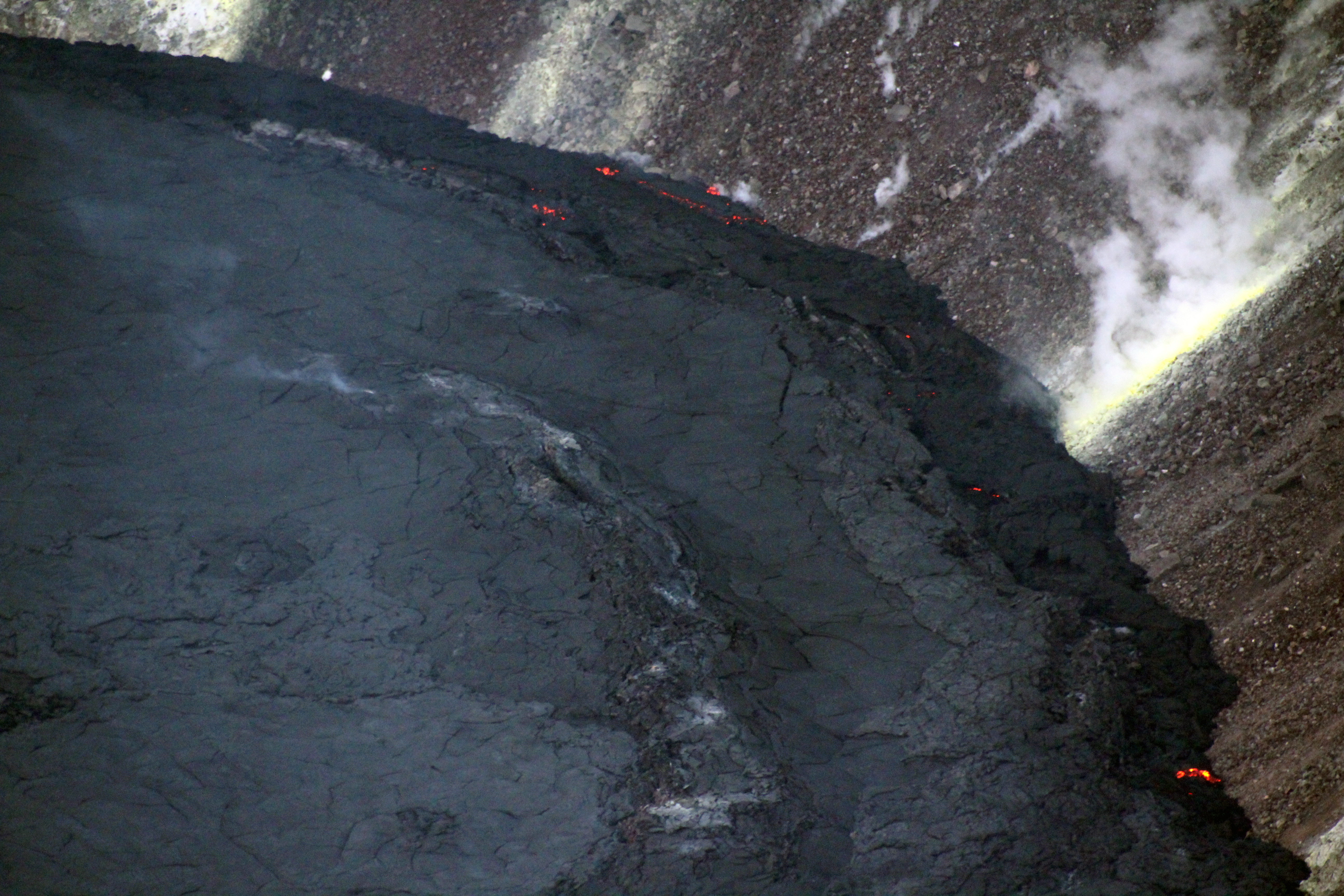 A telephoto image of the southeast margin of the lava lake within Halema‘uma‘u, at Kīlauea summit. Although surface activity is confined to the western half of the lava lake and a narrow arm along the southern margin, the entire lava lake surface is continuing to rise. As the lake surface rises, the area of the lake increases, and lava squeezes up in the gap between the cooled crust and the crater wall. This photo was taken from the southern crater rim, in an area of Hawai‘i Volcanoes National Park that remains closed to the public due to safety concerns. USGS photo by N. Deligne.