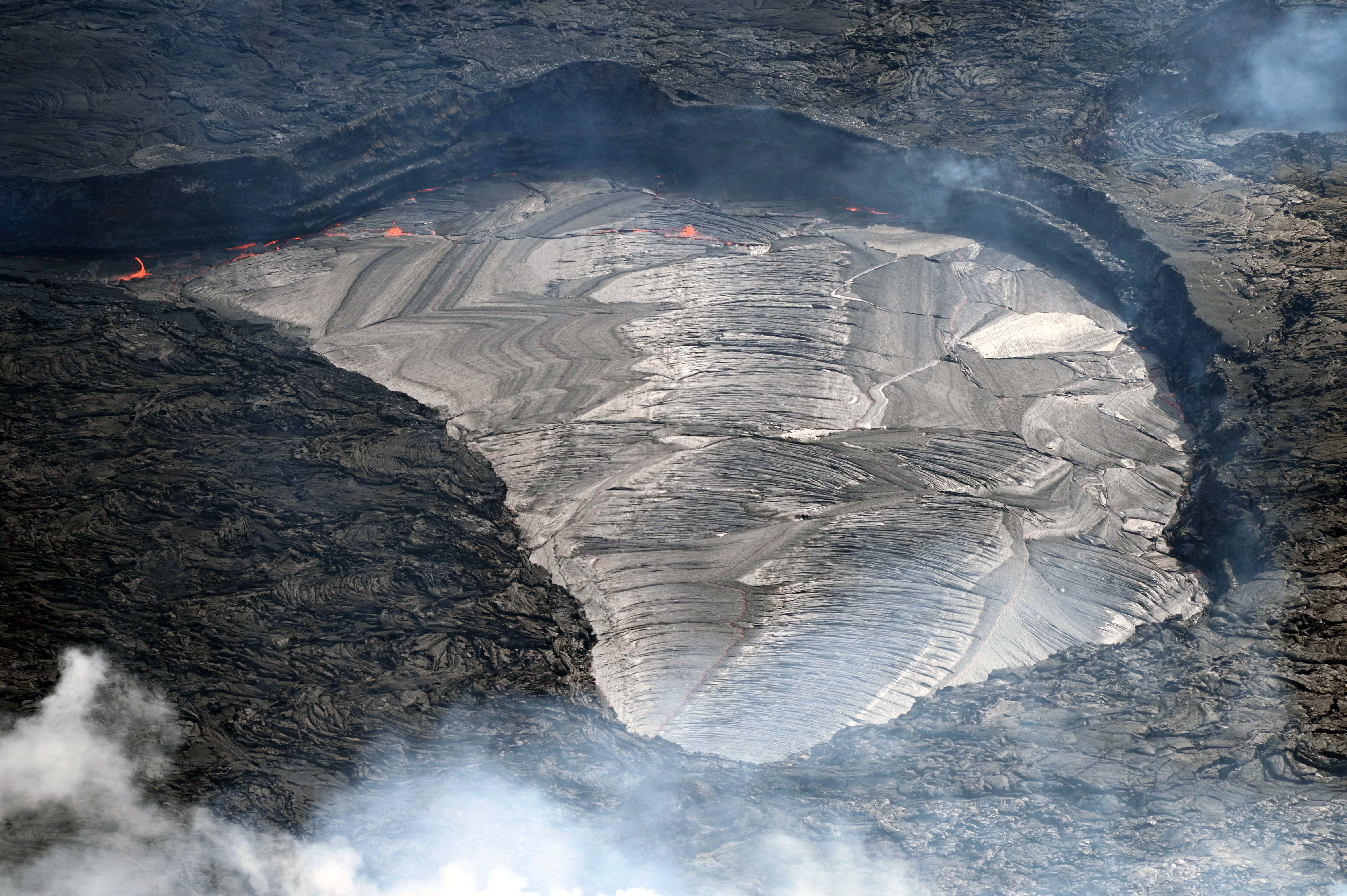 A close-up view of Halema‘uma‘u's active lava lake. The western rim of Kīlauea was visited by field crews who observed variable amounts of spattering along the eastern margin of the lake (seen here at the top of the photograph). The direction of flow is from west to east (bottom to top in this photograph). The size of the plates that move across the surface are related to the speed that lava is fed from the vent (bigger plates move slower, smaller plates move faster). The plates seen here are much larger than those observed in the same place a year ago. This means that the current effusion rate of lava is much smaller than the effusion rate a year ago. USGS photo by L. Gallant.