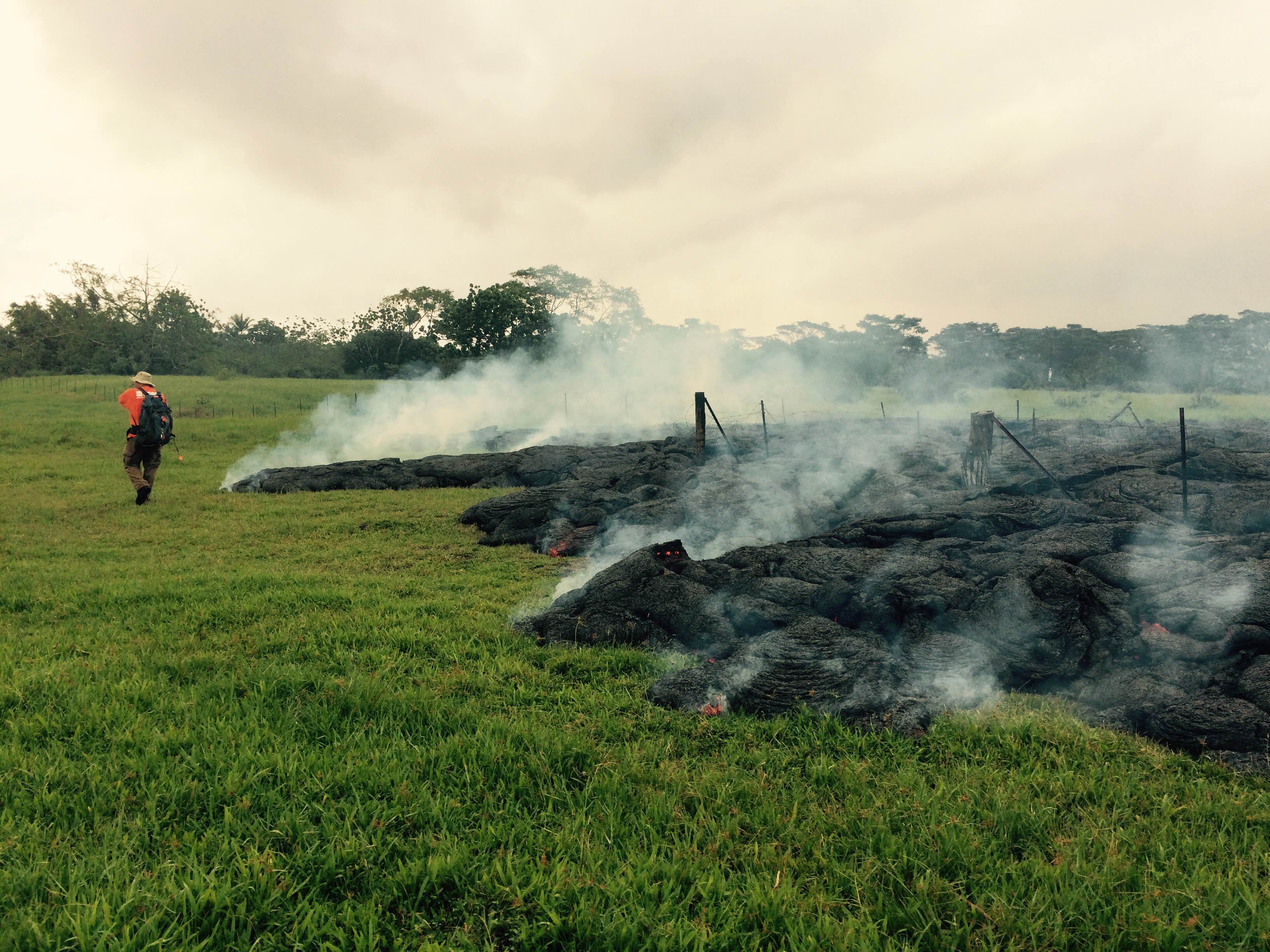 After slowly moving downslope from Kīlauea Volcano’s East Rift Zone since June 27, 2014, this active lava flow in Hawaiʻi reached the town of Pāhoa just before Halloween, destroying roads, a cemetery, and private property in this community. Amazingly, the Pu‘u ‘Ō‘ō vent began erupting in 1983 and has continued erupting essentially nonstop for more than 31 years, though this recent flow was the first to threaten homes since 2012. In this photo from October 26, 2014, a USGS geologist is mapping the margin of the active lava flow in an open field west of the town of Pāhoa; the lava has continued its advance as of December.