Historic photograph taken in 1889 by Franklin Nims during the Stanton Expedition of the Glen Canyon Dam site, well before it was built on the Colorado River 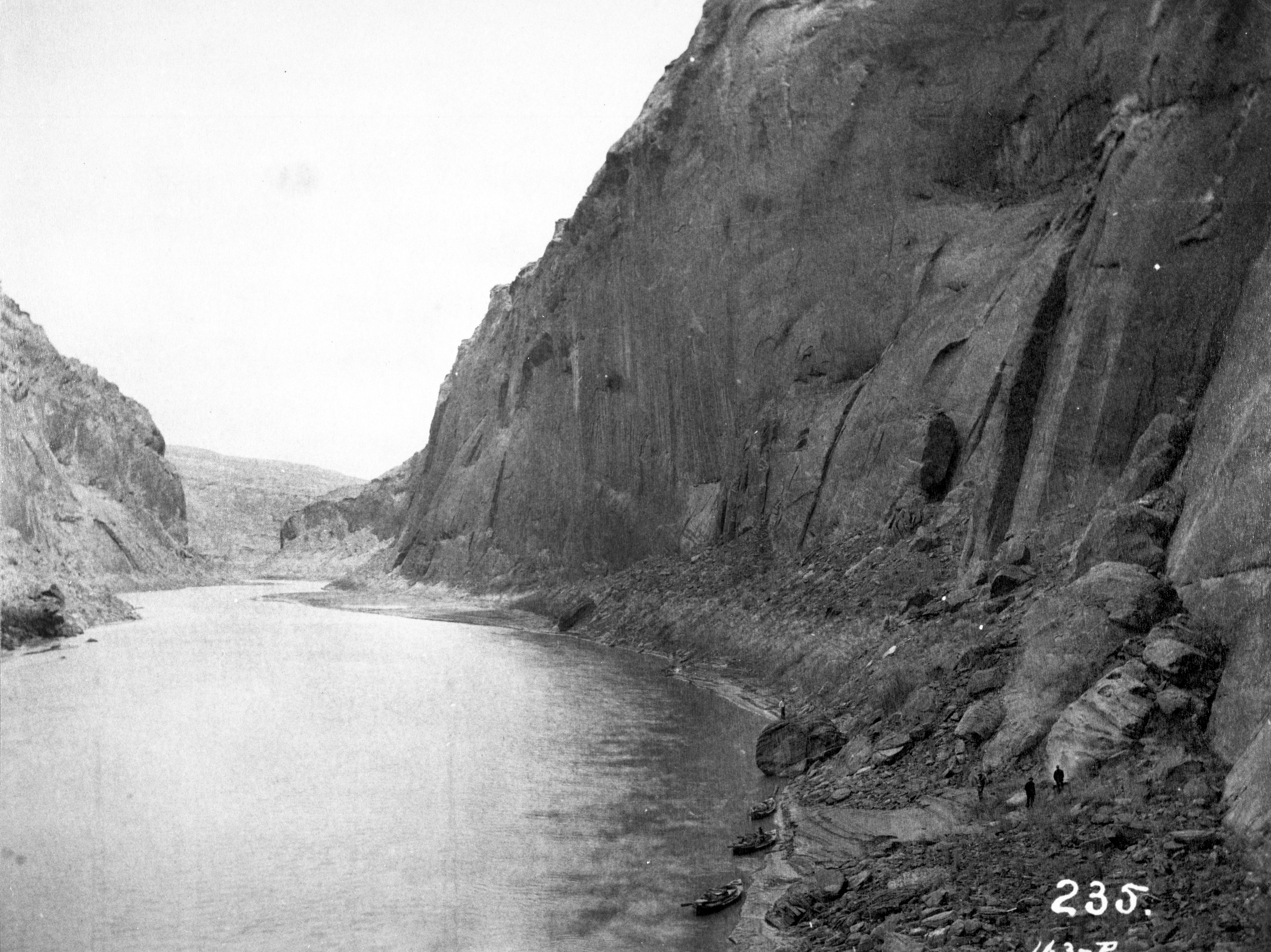 A historic image taken on December 23, 1889 of the Colorado River, River Mile Mile -14.7, of the site where Glen Canyon Dam would later be built. The view is taken upstream from river left in 1889 by Franklin Nims during the Stanton Expedition. Photo credit: Franklin A. Nims, original courtesy of The National Archives, 57-RS-235, public domain. Stake (camera point) s2638 in the SBSC’s Southwest Repeat Photography Collection.

For Stanton’s crew, the objective on the morning of December 23 was not just to survey a railroad route but to reach Lee’s Ferry in time for Christmas. They knew that Warren Johnson lived at Lee’s Ferry and expected a feast, a departure from their spartan river fare. They had camped the previous night only a short distance above the current site of Glen Canyon Dam. At 8:30 am, Stanton stopped in a right-hand bend 14.7 miles upstream of Lee’s Ferry. While others surveyed the route, Nims captured this view under cloudy skies.