How big is that earthquake? Why magnitudes sometimes change 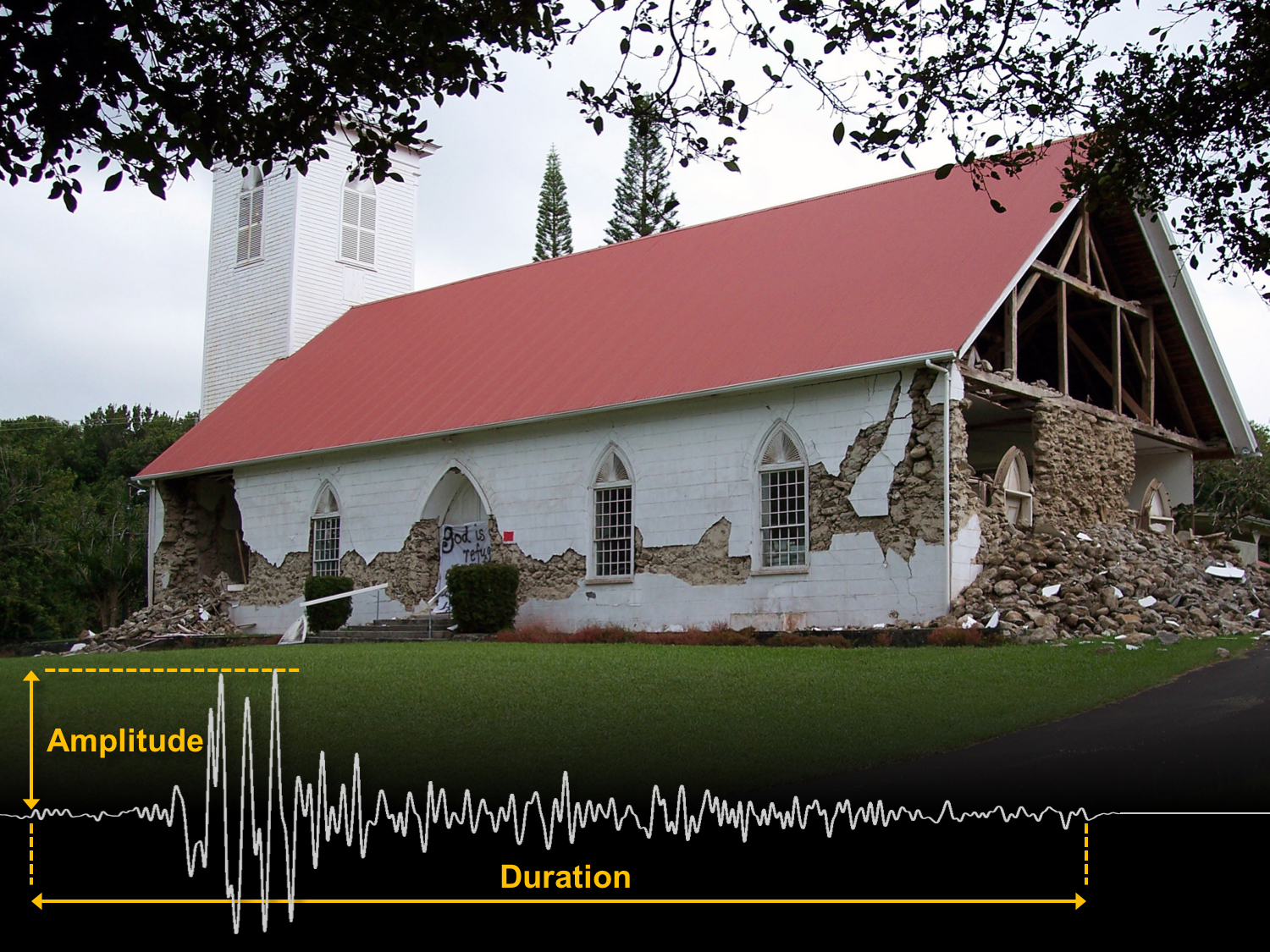 The KALAHIKIOLA Congregational Church in KAP‘A‘āU was extensively damaged on October 15, 2006, by two earthquakes (magnitudes 6.7 and 6.0) off the northwest coast of Hawai‘i Island. The earthquakes were felt throughout the State of Hawaii, but the greatest damage occurred in the North Kona and Kohala Districts of the Island of Hawai‘i. An example of a seismogram (bottom of photo) illustrates the relation between the amplitude and duration of shaking, which is used by seismologists to compute earthquake magnitudes. USGS photo.