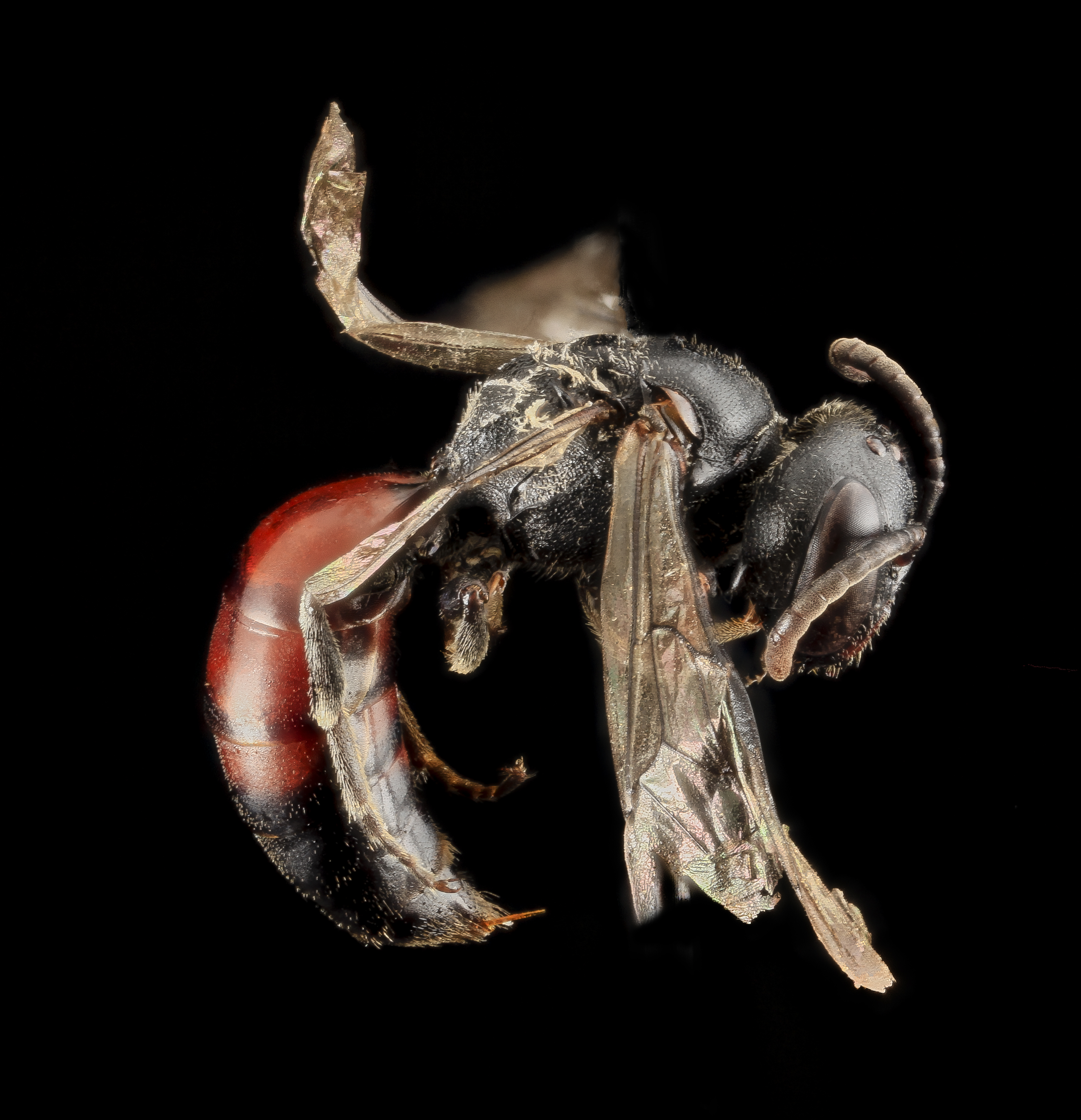 A native Hawaiian. This species of Hawaiian bee, Hylaeus volatilis, is in the only group of truly native Hawaiian bees, all of which descended from perhaps a single colonization event of a long ago masked bee (Hylaeus) which evolved to become many different species across the island chain, forming partnerships with the native Hawaiian plants. This particular species is actually a nest parasite of its brethren. Laying its egg in the nest of other females and taking over . It was found in a bowl trap on the island of Maui a number of years ago went on "vacation". Note, that like so many Hawaiian species these native bees are largely absent from the lowlands, where the vegetation and associated plants and animals (including bees) are from other parts of the world. Several species of Hylaeus native to Hawaii now appear to be extinct, several are on the endangered species list, and many others are threatened. Photograph by Dejen Mengus. Photography Information: Canon Mark II 5D, Zerene Stacker, Stackshot Sled, 65mm Canon MP-E 1-5X macro lens, Twin Macro Flash in Styrofoam Cooler, F5.0, ISO 100, Shutter Speed 200 USGSBIML Photoshopping Technique: Note that we now have added using the burn tool at 50% opacity set to shadows to clean up the halos that bleed into the black background from "hot" color sections of the picture.