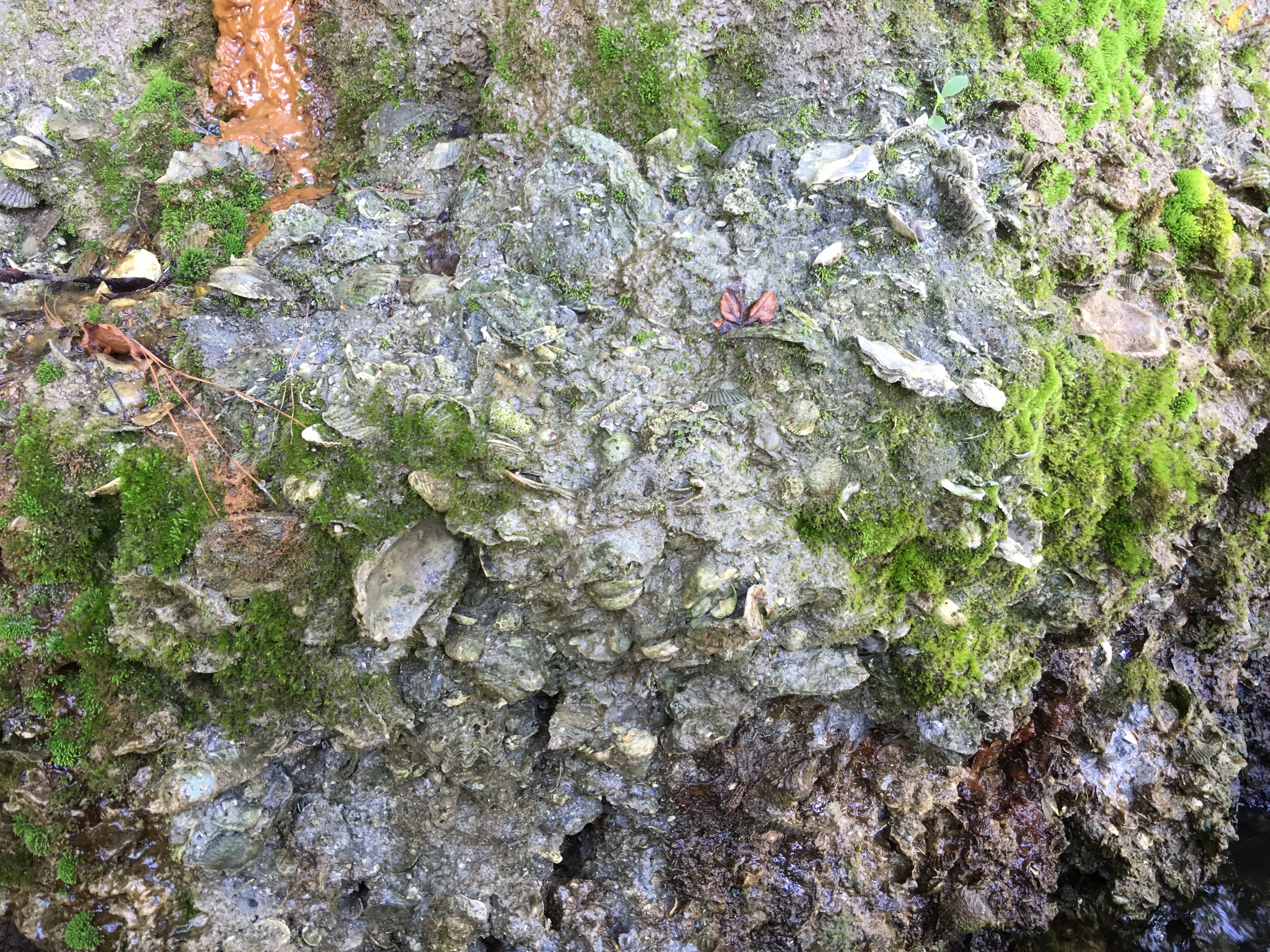 In July of 2016, a team from the Climate and Land Use Research and Development Program took a trip to South Carolina to study outcrops of the “Canepatch” and “Socastee” formations along the Intra-Coastal Waterway, near Myrtle Beach. The age of these fossiliferous marine units has been controversial for several decades. To re-assess the ages of these formations, fossil coral specimens were collected for Uranium-Thorium radiometric dating. Through establishing the ages of sediment deposits like these that were deposited during past warm periods sea level was higher than today, we can better understand sea level variability while constraining estimates for how rising sea levels will affect the U.S. in the future.

This unit at the base of the Canepatch Formation contained many clam, scallop, and oyster shells encased in dense estuarine clay. As sea level rose, corals began growing on top of the uppermost shells and these were collected by the team for dating purposes.