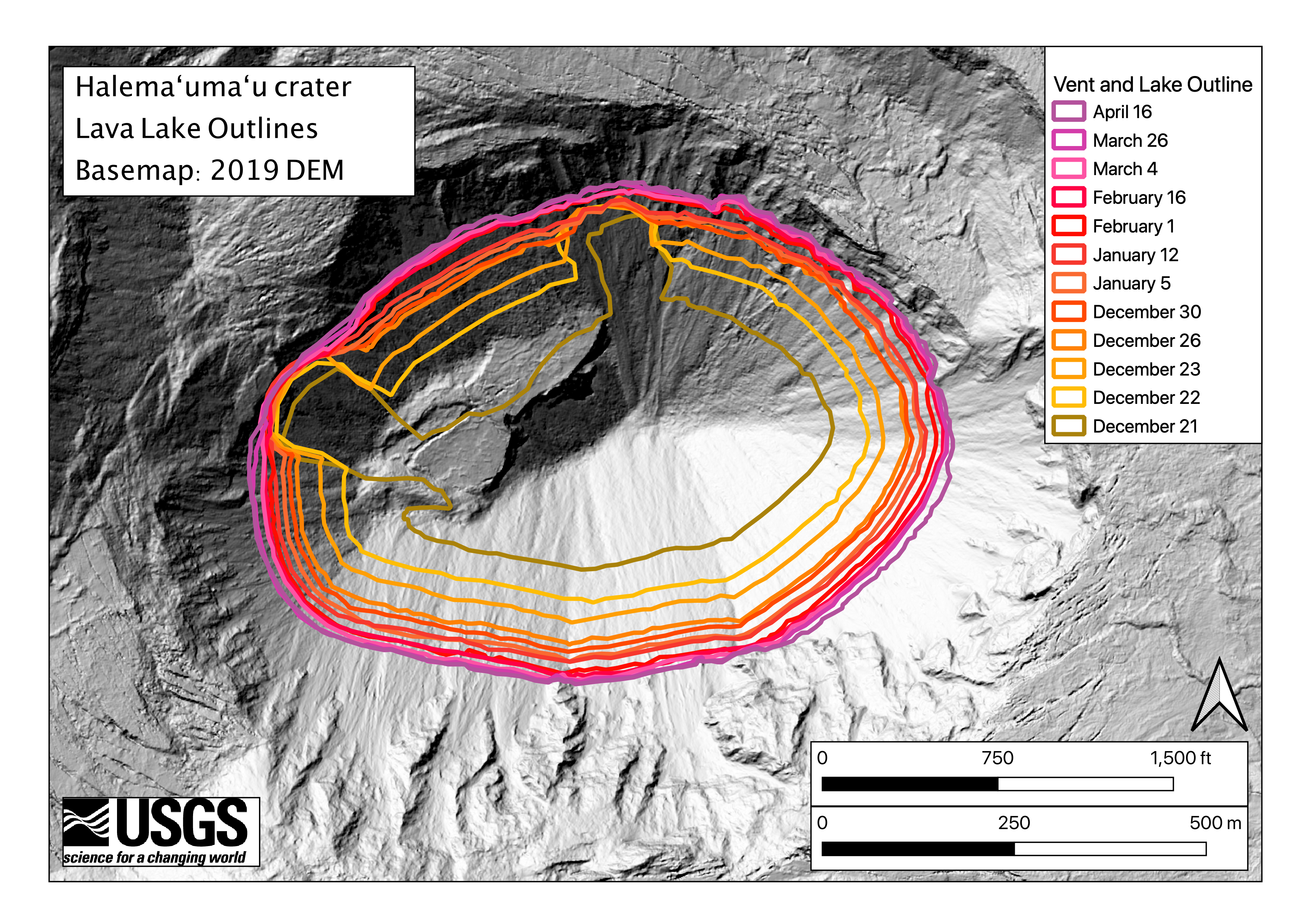 As the lava lake in Halema‘uma‘u crater continues to rise, the surface area of the lake increases. The multiple lines show the perimeter of the lake over the course of the eruption. Earlier in the eruption, when the effusion rate was high and lava was filling the narrow depths of the carter, the lake area increased rapidly (lines spaced further apart). As the eruption rate has decreased and the lava has reached wider parts of the crater, the surface area and depth of the lake are increasing more slowly (lines closer together). On April 16, 2021, the lake measured over 900 m (2950 ft) east-west, and 640 m (2100 ft) north-south. The surface area of the entire lake (including both the cooled inactive crust and the smaller area of active lava near the west vent) was 45 Hectares (111 acres), equivalent to 84 football fields. For reference, the Kīlauea Overlook on the caldera rim is located a little more than 1 km (0.6 mi) beyond the top edge of this map. The basemap is a pre-eruption DEM from 2019.