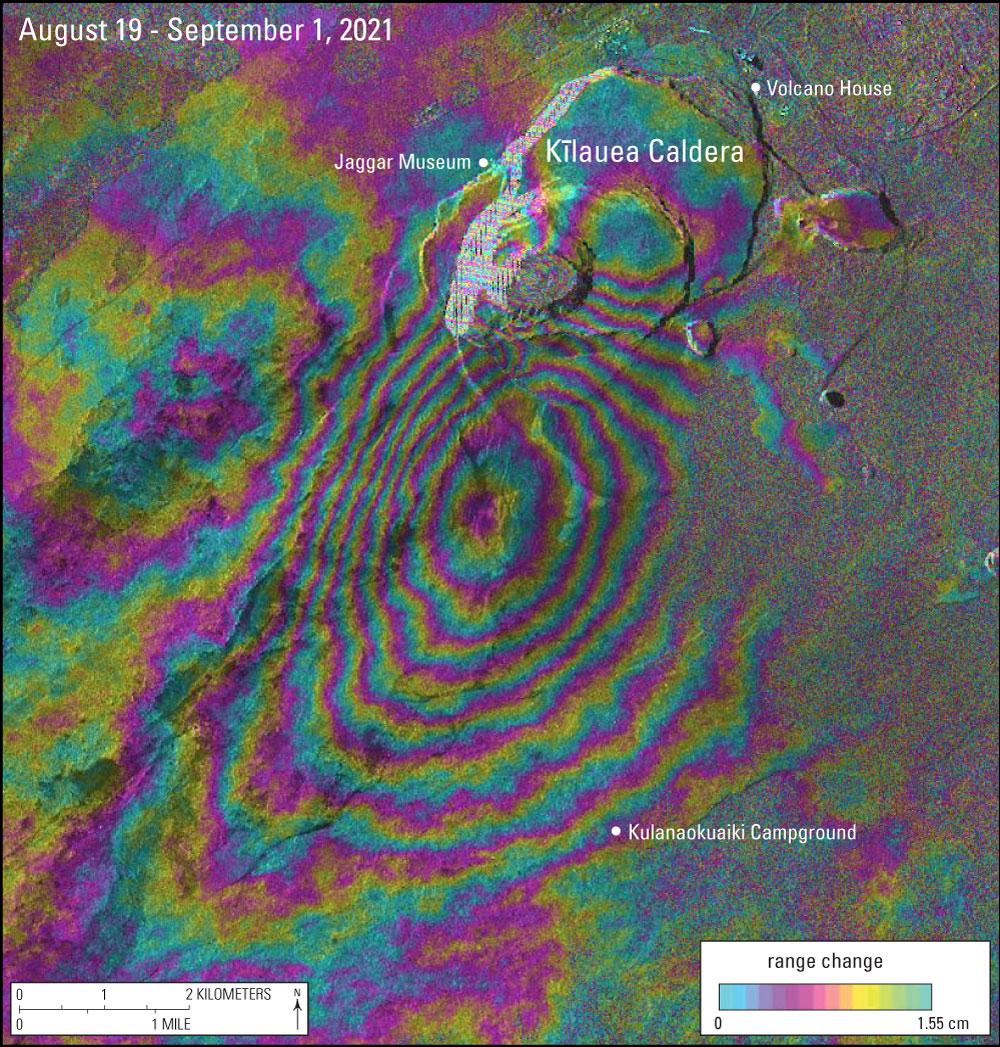 This Interferometric Synthetic Aperture Radar (InSAR) interferogram is derived from two passes of the Italian Space Agency’s COSMO-SkyMed satellite, on August 19 and September 1, 2021. The rainbow patterns (fringes) show the motion of the surface of Kīlauea volcano between the two acquisition dates, in response to an intrusion of magma into the south caldera region that occurred between August 23 and August 31, 2021. Each cycle of color represents 1.55 cm (0.6 inches) of change in distance between the satellite and the ground (range change). The satellite looks at the ground at an angle of about 40 degrees off-vertical, so both horizontal motions and uplift/subsidence contribute to range change, complicating conversions between range change and ground motion. This also causes the location of maximum range change to be shifted slightly to the east of where the maximum uplift occurred (given this particular satellite flight path). Nonetheless, the interferogram shows a maximum of 14 cm (5.5 inches) of range change, which could be generated by 18 cm (7 inches) of uplift.