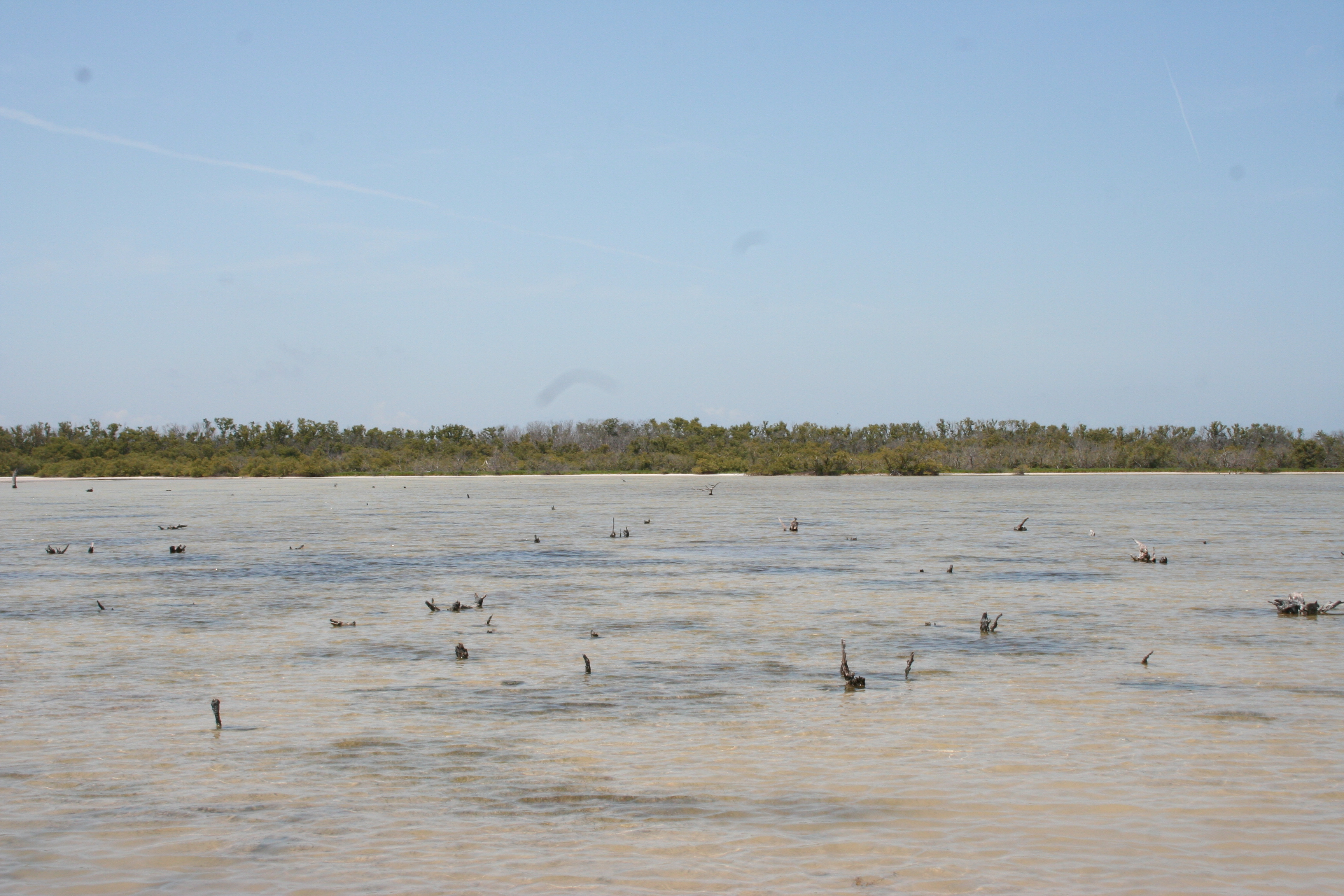 In Photo: Interior mudflat on Jim Foot Key covered with saline water, April 2019.  Stumps of dead mangroves (reportedly damaged by Hurricane Donna in 1960 (Craighead, 1962)) are visible projecting from the water.  Shadowed areas below the water are underwater grasses typically found in Florida Bay, now growing inside the island, indicating the mudflat is converting to an estuarine environment.  These underwater grass beds were not present in previous visits.