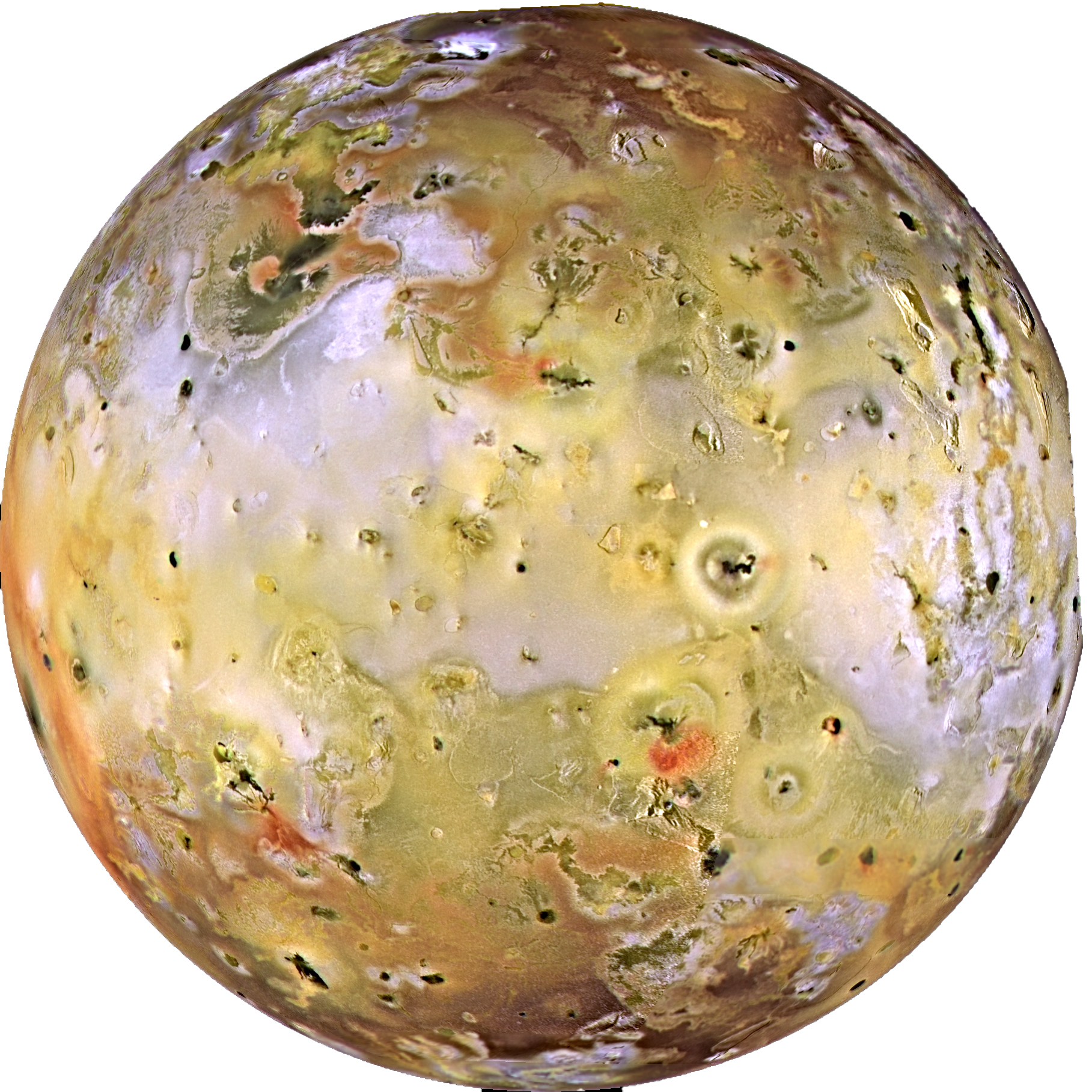 Io, the most volcanic body in the solar system is seen in the highest resolution obtained to date by NASA's Galileo spacecraft. The smallest features that can be discerned are 2.5 kilometers in size. There are rugged mountains several kilometers high, layered materials forming plateaus, and many irregular depressions called volcanic calderas. Several of the dark, flow-like features correspond to hot spots, and may be active lava flows. There are no landforms resembling impact craters, as the volcanism covers the surface with new deposits much more rapidly than the flux of comets and asteroids can create large impact craters. The picture is centered on the side of Io that always faces away from Jupiter; north is to the top.

Color images acquired on September 7, 1996 have been merged with higher resolution images acquired on November 6, 1996 by the Solid State Imaging (CCD) system aboard NASA's Galileo spacecraft. The color is composed of data taken, at a range of 487,000 kilometers, in the near-infrared, green, and violet filters and has been enhanced to emphasize the extraordinary variations in color and brightness that characterize Io's face. The high resolution images were obtained at ranges which varied from 245,719 kilometers to 403,100 kilometers.

Launched in October 1989, Galileo entered orbit around Jupiter on December 7, 1995. The spacecraft's mission is to conduct detailed studies of the giant planet, its largest moons and the Jovian magnetic environment. The Jet Propulsion Laboratory, Pasadena, CA manages the mission for NASA's Office of Space Science, Washington, DC.

This image and other images and data received from Galileo are posted on the World Wide Web, on the Galileo mission home page at URL http://galileo.jpl.nasa.gov. Background information and educational context for the images can be found at http://www.jpl.nasa.gov/galileo/sepo.

Image and description from: https://photojournal.jpl.nasa.gov/catalog/PIA00583

Image and description from: https://photojournal.jpl.nasa.gov/catalog/PIA00583