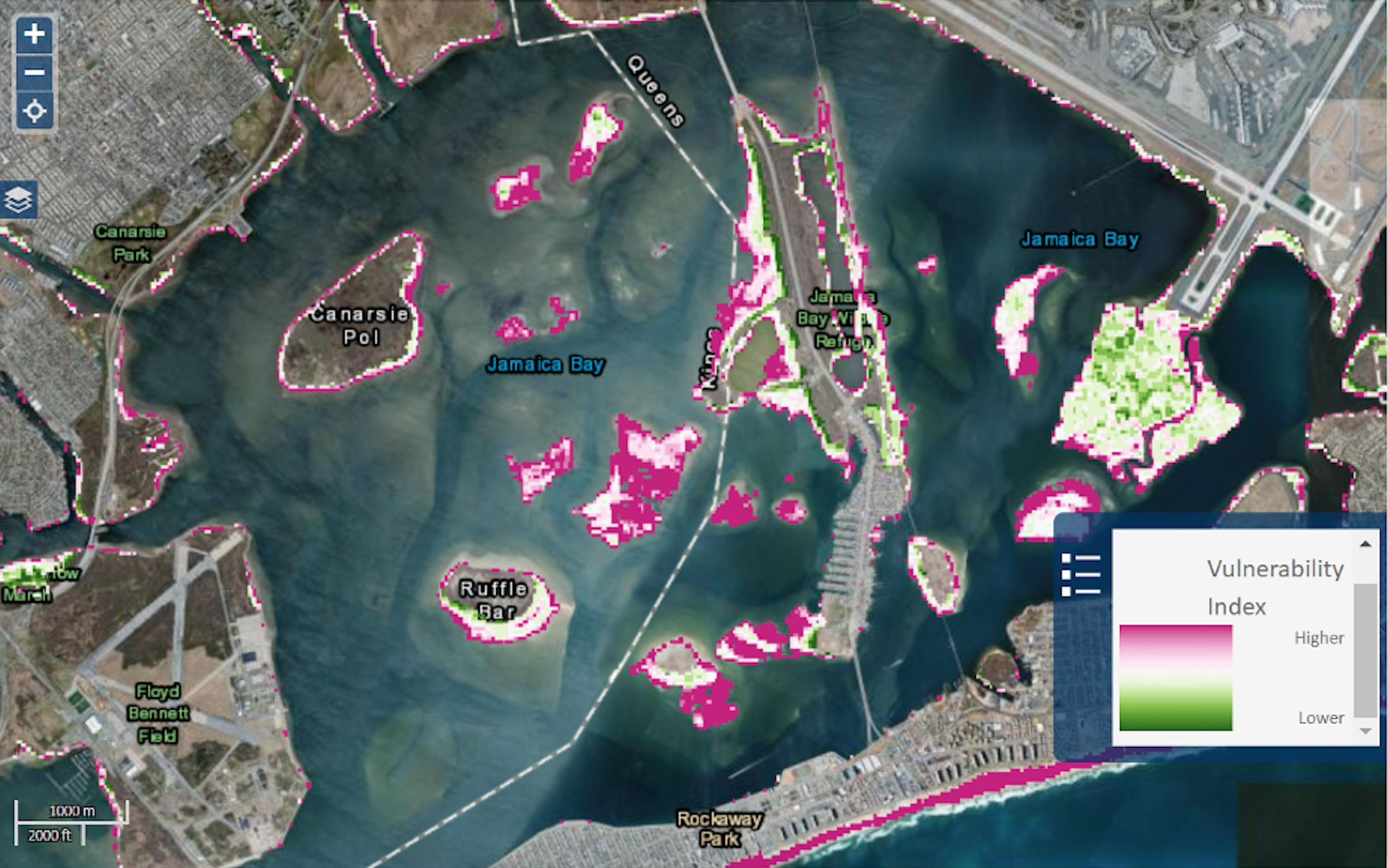 Within the busy boroughs of Brooklyn and Queens, New York City, is Jamaica Bay—a complex urban ecosystem almost the size of Manhattan that consists of salt marsh islands, various waterways, meadowlands and two freshwater ponds. This ecosystem is a true natural treasure to New York, providing protection from storms, a haven for migratory and resident bird and fish species, and green space and beaches that serve as an escape from the everyday hustle and bustle of the city. Multiple agencies and organizations, including the U.S. Fish and Wildlife Service, U.S. National Park Service, New York City Department of Environmental Protection and the New York State Department of Environmental Conservation, are involved in preserving and restoring Jamaica Bay.

The Jamaica Bay Marsh Islands within the Gateway National Recreation Area, the first urban national park established in 1972, are an integral part of this complex ecosystem and have been targeted for restoration. The UVVR data shows that in this area, there is only one extensive marsh with a low UVVR value (shown in green), indicating that it is the only remaining intact marsh island. All the other marsh islands are riddled with high values of UVVR (shown in pink), which tells us that they have more open water and less vegetative cover and, as such, are more vulnerable to ongoing marsh loss. This information will help the organizations previously listed with long-term restoration planning in Jamaica Bay.