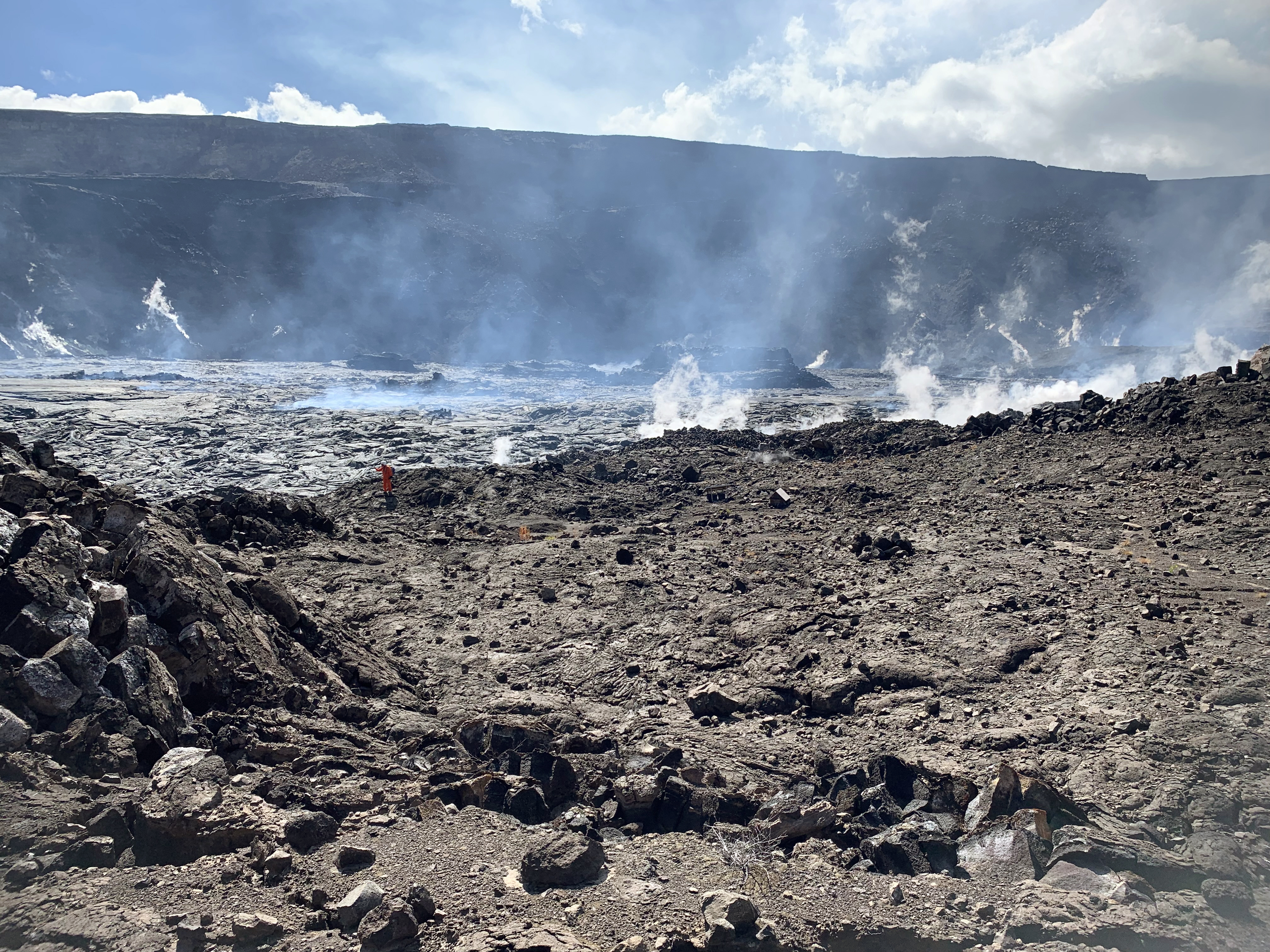 On January 13, 2022, Hawaiian Volcano Observatory (HVO) staff conducted a mission to rescue monitoring equipment that was being threatened by overflows from the active lava lake within Halema‘uma‘u at the summit of Kīlauea. With permission from Hawai‘i Volcanoes National Park, HVO technicians—one of whom is visible in an orange flight suit near the center of this image—were flown via helicopter to the lowest remaining down-dropped block within Halema‘uma‘u crater to retrieve the equipment. This southward view is from the down-dropped block just north of the Halema‘uma‘u lava lake; islands in the lava lake are visible in the background of the image. USGS image by K. Kamibayashi.