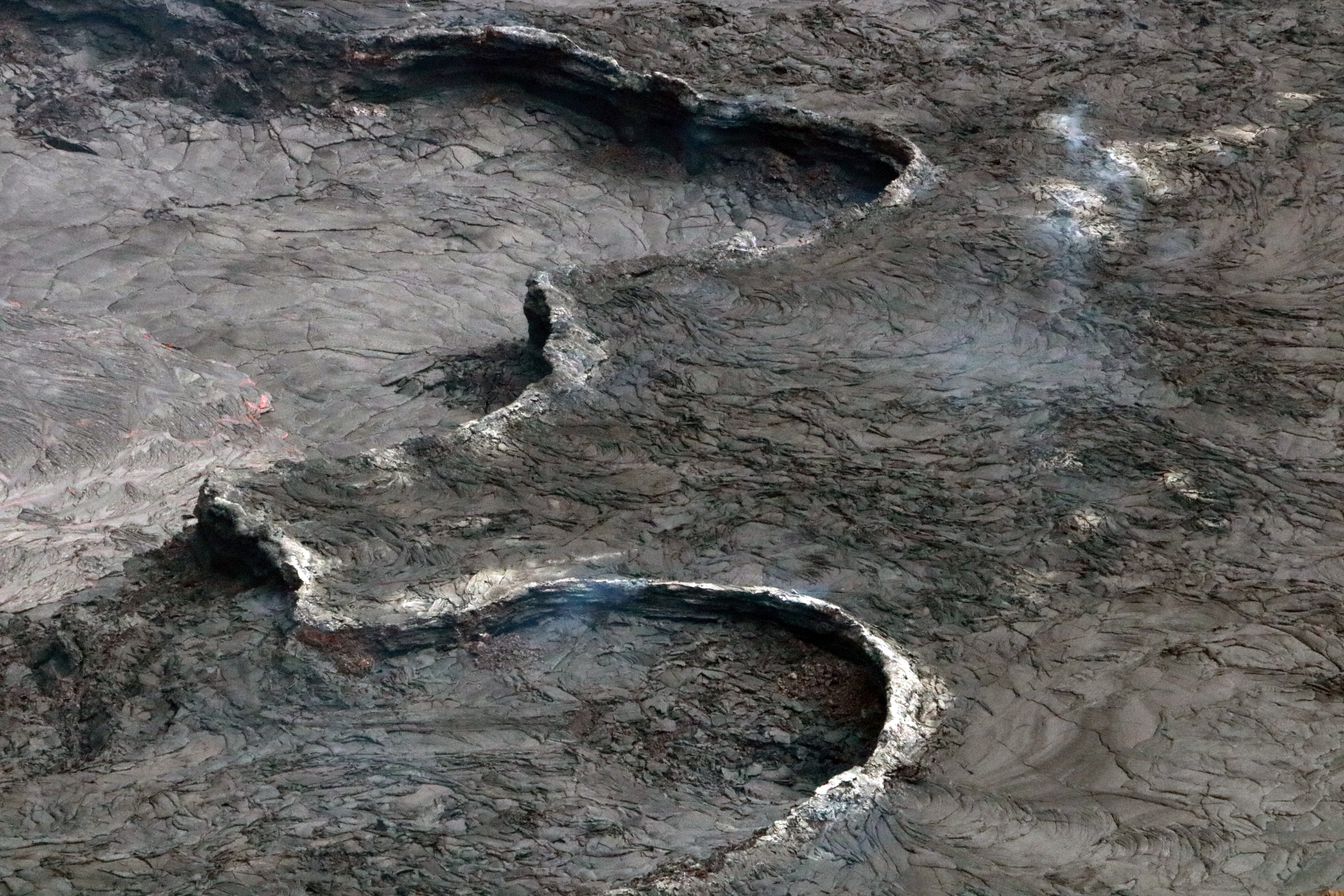 The active lava lake surface in Halema‘uma‘u crater has lowered during the eruption pauses that have been occurring recently at the summit of Kīlauea. This zoomed-in photo, taken shortly after the eruption resumed on January 18, 2022, shows the difference in elevation of the most recently active lava lake surface on the left side of the image, compared to the broader lake surface on the right side of the image. HVO geologists arrived in the field shortly after the eruption resumed, and new lava can be seen encroaching in the left center portion of the image. USGS image by K. Mulliken.